After a brief break from appearing on VNN, due to technical reason, I’m finally back and ready to celebrate our beloved Otomachi Una’s 3rd anniversary!

First of all, allow me to introduce our little singing eel girl! She has so many curiosities for us to talk about! σ(≧ε≦ｏ)

Otomachi Una is a VOCALOID4 voice library developed by Internet Co., Ltd. and MTK Inc. First released as two separate and complementary voices named Sugar and Spicy back in 2016. Una was voiced by the popular Japanese voice actress Aimi Tanaka, known for her voice as Umaru Doma from Himouto! Umaru-chan.

While her VOCALOID4 voice banks were released on July 30th, 2016, Una also got her own speaking software titled Otomachi Una Talk Ex and it was released on April 20th, 2017.

Una’s name was inspired from the Japanese words oto (“sound“), machi (“town“) and unagi (“eel“) which also gives inspiration to her little hat mascot Ottoman Bou. Another funny thing about her name comes from her original voice libraries, sugar and spicy, which are based off of the “What Are Little Boys Made Of?” nursery rhyme: “What are little girls made of? Sugar and spice, and everything nice.”

She’s officially 11 years old and 148,5cm tall, she can only sing in Japanese and continuously gets new free downloadable content for users and fans to use in their work!

This cute little virtual singer is currently one of the most popular characters around, lending her voice and her presence not only to producers but also for many collaborations and activities she does to entertain her fans!

Hope I did introduce Una properly to both veterans and newest fans from the community! She totally deserves our love after all, it seems many artists have decided to honor her birthday today by sharing their creations! Let’s check some of them together! o(≧∇≦o)

Thank you everyone for celebrating her anniversary so happily and vividly! I’m sure Una is just as happy as me seeing all those gifts! （´・｀ ）♡

But let’s keep going by sharing some songs as well! She’s such a great vocalists and many users have Una growing into their souls! Let their creativity overwhelm us all!

As the first song I’d like to introduce to you “Kessen wa Meieki” composed by MegcupP! Featuring an adorable illustration made by 志希, this cutesy song showcases her Sugar bank perfectly and is fitting for such a pretty composition! ⊂((・▽・))⊃

Next, we have “True Ray” by 波崎 透。! Here we switch to something less cutesy and more rhythmical! I really loved how well her voice mixes with the melody! And you guys? °˖✧◝(⁰▿⁰)◜✧˖°

Last but not least we have a cover of “Love cino” composed by Junky and performed by Kagamine Rin! ChocolateP surely did an amazing job at tuning Una’s little cute voice, she totally emits adorably vibes with that song and I couldn’t help but love it myself!

My special article about Una ends here but I would like to wish her a happy birthday in the name of all of VNN’s staff and, of course, her own passionate supporters! Keep singing for us Una and share with us your undying enthusiasm for many years in the future! 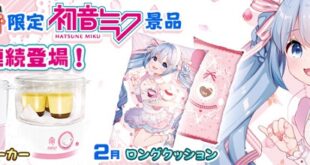 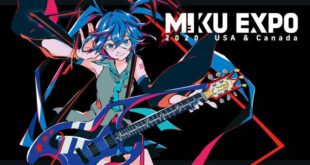