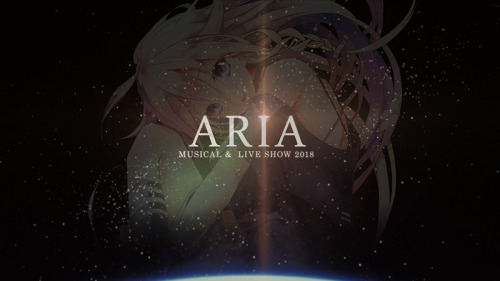 Today, 1st Place has announced a pair of new concerts for their virtual artist, IA. Read on for information on where and when they will take place, and how they could very well reshape the future of IA’s world.

After completing her 11-city world tour concert, PARTY-A-GO-GO, IA will then be setting her sights on her next international concert, entitled Musical & Live Show “ARIA,” scheduled to take place next June in Enghien-les-Bains, France.

ARIA is being billed as a completely new form of live entertainment show that will be unlike anything that has ever been seen before. Revolving around the themes of “Life,” “Love,” and “Peace,” ARIA promises to be an event that will engage the five senses, and challenge everything that you know about live concerts. Created out of the joint efforts between creative minds from both Japan and France, this two-day event will bring together the worlds of music, art, and technology in ways that are sure to draw attention from around the world.

ARIA will take place on June 13th and 14th, 2018 at the BAINS NUMERIQUES digital art festival in Enghien-les-Bains, France. On IA’s official site, there is now a teaser video for this new, one-of-a-kind live musical event, which you can also watch below.

Stay tuned to VNN for more information about what the future holds for the virtual artist IA.

Hello! You can call me Marumain, and I serve as a translator between VNN in English and VNN in Japanese, translating articles between the two languages. I love pretty much every Vocaloid, though I consider MAIKA to be my favorite!
@MarumainElectro
Previous December Hatsune Miku Prize Figure Announcements By Taito & SEGA
Next New Items Available in the Otomachi Una Online Shop!