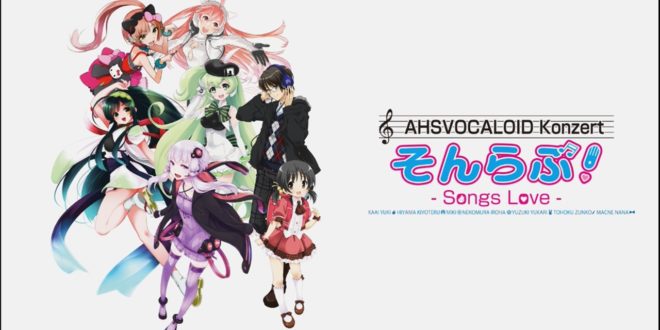 With Anime Messe Berlin 2017 fast approaching, both AHS and the Anime Messe Berlin staff are busy preparing for the upcoming concert in Germany. A recent announcement, which was made some weeks ago during AHS’ live stream, will make Macne Nana fans happy: AHS is going to add Macne Nana to their concert “Songs Love.” This means that Macne Nana is finally going to make her concert debut!

Good evening from the Macne Family! Breaking News! Extra! Extra!
It’s been confirmed that Macne Nana will be participating in the “AHS VOCALOID Concert Songs Love Returns” at Anime Messe held at Berlin, Germany in June! Come see us at the Berlin venue on the big day! http://www.ah-soft.com/vocaloid/songslove.html

This year’s concert is being called “Songs Love Returns,” and will take place in a larger venue than before, meaning more people can attend AHS’ concert this year! There are also workshops and autograph sessions that will be announced soon, so stay tuned for more information on that!

For those who would like to attend Anime Messe Berlin 2017 to see the concert, tickets are still available for purchase online on Anime Messe Berlin’s page! They even have a pre-order sale going until June 11th, but you will also be able to buy your ticket on site at the KOSMOS.

For more information, be sure to check out the following links and stay tuned to VNN for more updates!