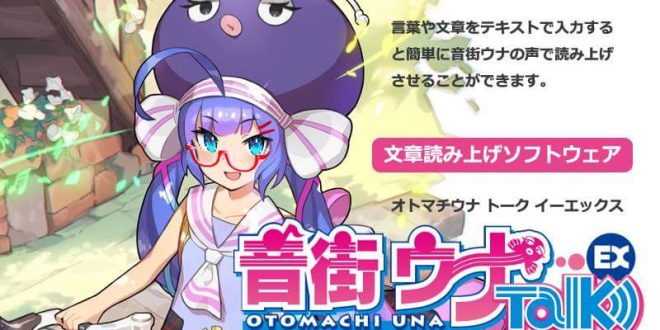 A few days ago, we reported on an interesting teaser featuring Una. At the time, we didn’t know what it was, but there were quite a few guesses. Now, we finally have the answer! Otomachi Una Talk will be released on April 20th!

Una Talk, much like Sugar and Spicy, has her own design. However, unlike the previous two, this Una appears far more casual and less like a performer. Her glasses, little cap, and casual but still Una-esque outfit, all make this feel like a very natural version of Una, which is fitting for a talk voice! She looks very scholarly and definitely seems like she’d be comfortable talking quite a bit.

You can also try her out yourself on her product page! Simply input Japanese text into the box and she’ll read it back to you! 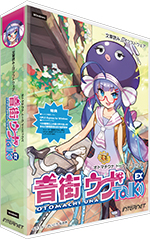 Una Talk is set to release both digitally and physically on April 20th, 2017.

Anyone who purchases Una Talk will also receive downloads to over 100 voice recording samples of Una (such as her cheering and saying various phrases) as well as OPUS Express for Windows, an audio editing software. For more information on OPUS Express, click here (Japanese only).

As always, stay tuned to VNN for the latest updates! Right now, you can find all the information on Una Talk on the product page. However, it’s currently only in Japanese.

She's a huge VOCALOID fan, a figure collector, and an all around nerd. Hoshi's been in the VOCALOID fandom since 2008 and has been a hardcore VOCALOID fan since 2013.
@VocaHoshi
Previous Leora Voice Sample Released
Next Sing a Miku Song For a Chance to Win Some Miku Day Prizes From Kawaii Kakkoii Sugoi!