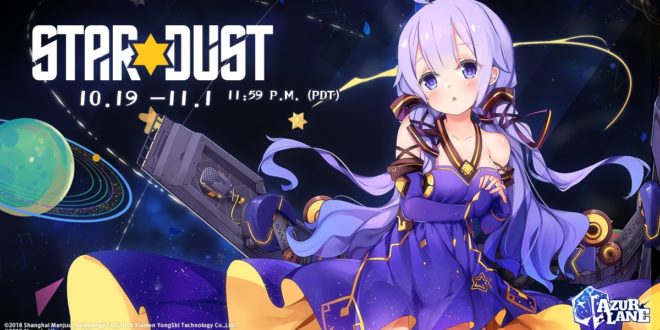 A new collaboration between Stardust and Azur Lane has now begun and is open until November 1st!

Commander… before Unicorn says so, you cannot open your eyes…
Bits of Courage is the greatest form of magic!

Be sure to check out Unicorn’s “Stardust” 7-day LIVE concert, available after the update on October 19th (PDT).

What is Azur Lane?

In short, Azur Lane is a mobile side scrolling shoot’em up with gacha elements and is available on Android and iOS.

The collaboration event introduces new Stardust themed furniture as well as a new skin for the in game character “Unicorn”. 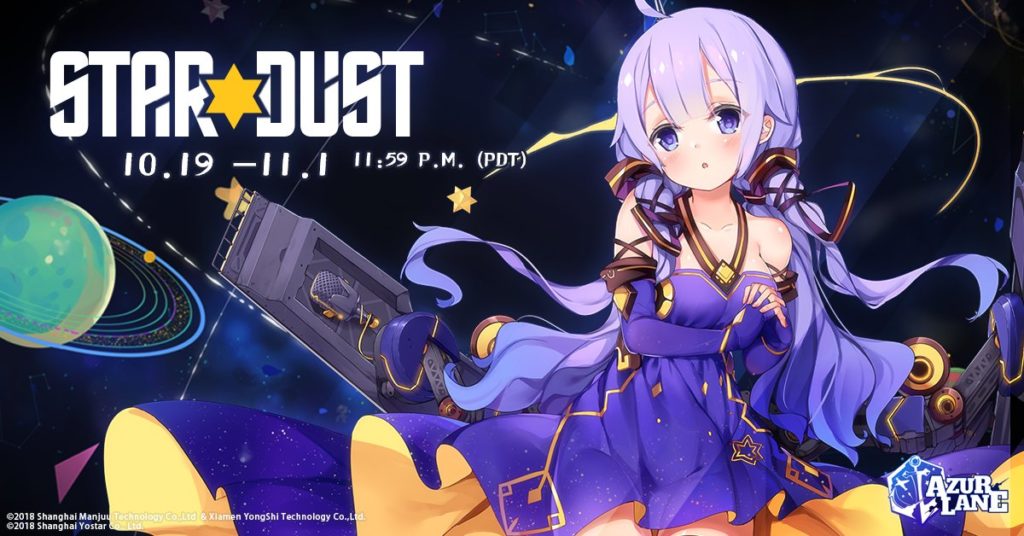 Note: You must have the character “Unicorn” in order to get the skin.

The event consist of a chain quest that you must complete in order to unlock the Stardust skin for the character “Unicorn”.

E10-03: Fight in 15 battles and win (Can be done either with Campaign battles or Daily Raid battles.)
Reward: 200 oil

There is a total of 26 Stardust themed items you can get for your dorm. You can unlock these by doing commissions and receiving tokens, these tokens can be redeemed in their dorm. The Lunar Ship and the Little Spaceship are only available for a limited time using 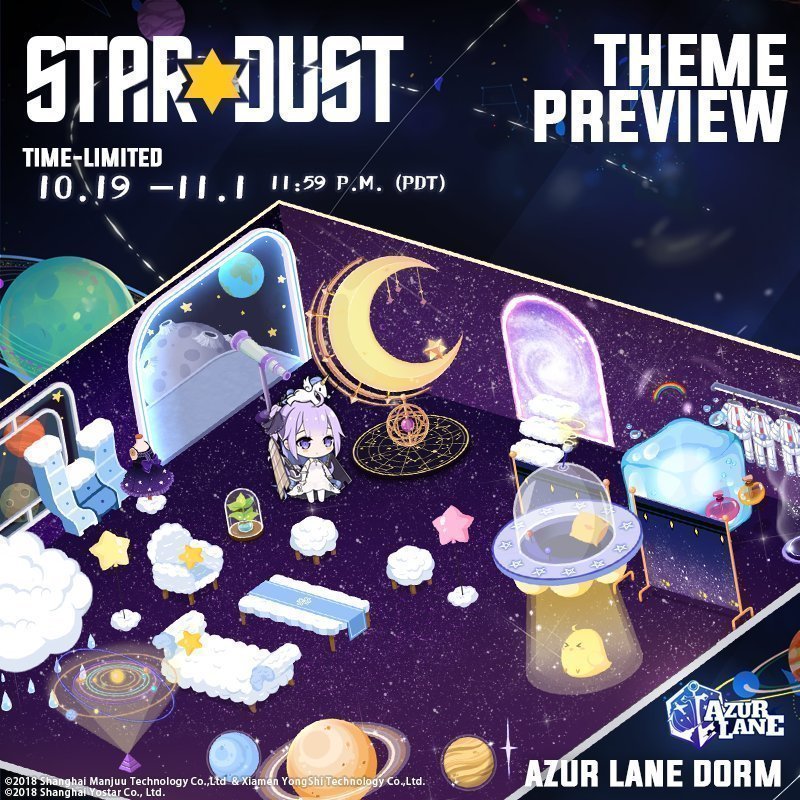 The game can be downloaded on iOS here and on Android here.

A virtual singer lover with a dream of connecting the world of virtual singers together through VNN. Monds is also a huge rhythm game fan/player on his spare time.
@monds1234
Previous MIKU WITH YOU 2018 in Beijing Concert & Exhibition Photos Released
Next Dwango x HONDA x Hatsune Miku Collaboration Teased, Song Contest Announced