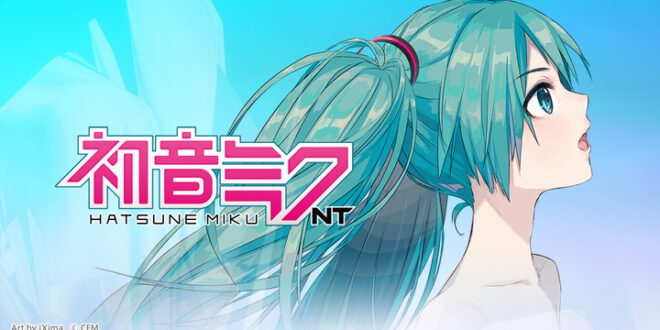 Crypton Future Media has revealed the next era of their synthesizer software. Hatsune Miku NT, short for “New Type”, has been revealed!

Furthermore, the early announcement explains that Hatsune Miku’s latest update will be released in August, 2020! Until then, Hatsune Miku NT is up for pre-order on Sonicwire.

Recently, Crypton released a video with three song clips, together. The “Original” voicebank is used in all of them.

Hatsune Miku NT is still in development. Additionally, the voicebank used in these demos is the beta version.

The three songs used in the video are the following:

According to CFM, Hatsune Miku NT will be released with three different voice types. The one currently confirmed is “Original”. The beta to try it will be mid-March, 2020.

Also, Hatsune Miku NT will come with new Piapro Studio software. As a result, users will be able to edit Miku’s voice with more expression!

Piapro Studio’s voice editing has unique characteristics, too! According to the official product page, they are:

According to Sonicwire’s page, the voice package comes with a special edition of Studio One from PreSonus; the “Studio One Artist Piapro Edition”. This will allow users to create songs with access to over 500 virtual instruments.

Finally, Piapro Studio will be compatible as a VST plugin, which allows for users to edit the vocal alongside composing music in their DAW software.

Not only that, but users who own a previous generation of Miku qualify for a discount! Having any Miku vocal from VOCALOID2 to V4X lowers the price to 15,400 JPY (~$140 USD).

We’ll keep you updated as more information comes. Until then, stay tuned! What are you most excited to see?

Let us know in the comments!

is a digital artist, musician and writer, and a longtime fan of VOCALOID since 2009! Favorite voice synths are Stardust, Dex, Cangqiong and Piko without a doubt. Is probably playing video games when she isn't working.
@yomomoikun
Previous Hatsune Miku Digital Stars 2019 Ver. Pre-Orders
Next AHS 2020 Calendar Launches!