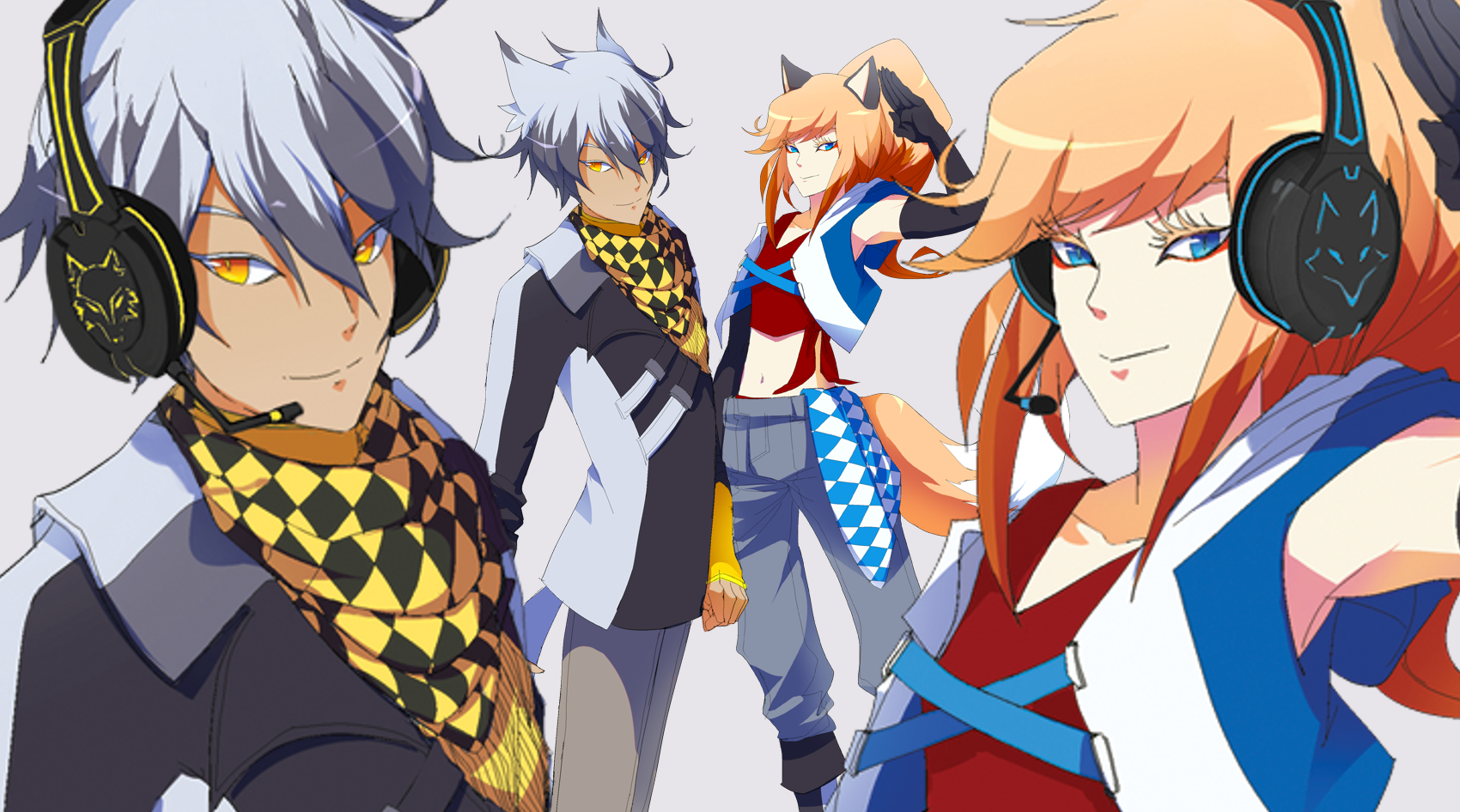 Recently, EmpathP and Kenji-B held a live stream to talk about the production of Dex and Daina as well as their future plans for a concert and a rhythm game featuring VOCALOIDs. This stream gave new information as well as recapped old information from the previous streams the two have held in the past. If you’d like to watch the stream, feel free to do so here. Otherwise, here’s a quick recap of what we thought fans would find interesting:

Most of the live stream was centered around answering questions that fans brought up and elaborating on other things that were related to the questions asked. Instead of writing out each question, we’ll be sectioning off the answers into a few different categories and summarizing them.

The Beginning of Production

EmpathP (also known as Aki) was originally contacted by the programmer who wishes to remain anonymous (Mr. Programmer) whom she had been friends with for a while. He asked for voice samples from Aki who originally thought they were for a music project he was working on. When he revealed he was going to present her as his choice for a new female VOCALOID for Zero-G, she was excited but stunned.

Zero-G chose her for a female voice but wanted a male voice to go along with it. While there were other candidates as possibilities, Mr. Programmer asked Aki to give suggestions on who she thought would work. She noted that Kenji-B and CircusP were both great singers.

Aki sent Mr. Programmer her and Kenji singing “Anonymous” as a sample, and Zero-G loved that she and Kenji had already sung together. After going through the other applicants, they decided on Kenji as the male vocal.

From there, the two sent in recordings of their voices so that Zero-G could make sure that their voices weren’t distorted by the VOCALOID engine. Once cleared, the production of Dex and Daina began in January 2015.

From very early on, Aki and Kenji knew that they wanted to have a “Fox and the Hound” theme. They worked on rough designs for the two characters based on what they wanted to see and then let SteelEmissary work on things from there.

During the first concept art of Dex, Aki and Kenji noticed that Dex was coming out looking quite a bit like Big AL and asked Steel to add their flare and remove certain features to help make Dex look more unique.

The final designs have a lot of thought put into them that fans may not notice at first glance. These designs have small similarities to the animals Dex and Daina represent. One example that shows this is Daina’s tall boots and her gloves which are meant to mimic the markings on a fox.

And, as we mentioned in previous articles, Aki and Kenji confirmed again that they were aware of the design change and were okay with it. While disappointed, they understood the reasoning behind it and noted that even the fandom wasn’t 100% for the kemonomimi designs. However, they still consider the designs with ears and tails to be canon, and Zero-G is completely okay with that.

Kenji and Aki began recording in January 2015. While Kenji finished in April, Aki took until May due to her going to various conventions. They both recorded in their homes in soundproofed rooms and had to schedule their recordings around everything going on in their homes. They did not record while it was noisy and made sure that all of their recordings were of very high quality.

The two re-recorded many times to get their recordings perfect. They didn’t want to do any pitch correcting and wanted the voice samples to stay 100% natural. For Kenji, recording the stationaries took two hours. According to him, “there weren’t even that many of them.” These two put hours upon hours of work into making sure that these VOCALOIDs were perfect.

If they could change one thing, they would like to change the growls. They compared the growl recordings to Wookie impressions and even made Wookie noises to show exactly how they did the growl. According to them, this is what they were told to do in order to create the growl. They wish they would have gone with the stock growl but at the same time are happy to say Dex and Daina are 100% voiced by them.

When asked which voice they would suggest if someone could only buy Dex or Daina, Kenji and Aki were divided. Aki suggested Dex while Kenji said you should get Daina. However, both agreed that Dex and Daina work best together and that buying both of them is a great investment if you want to make songs with either of the VOCALOIDs as it’s hard to imagine one without the other.

Just because Kenji and Aki are Dex and Daina doesn’t mean that they plan to only use said VOCALOIDs. They both own many voice banks and use the VOCALOID that works best for whatever song they’re creating.

EmpathP has been talking about VOCAMERICA here and there for some time now, and we’ve finally gotten some nice teasers as to what she plans to do.

VOCAMERICA is going to be a concert with original MMD models and animations. Every model will be made from scratch by an unnamed model maker/animator. Aki mentioned that she commissioned a total of five models for the event. At the moment, Dex’s model is being worked on and there will be a Daina one as well. These two have been confirmed to be the headlining act for VOCAMERICA, but the three other models that are being made are currently unknown.

Aki is currently paying for everything out of pocket and plans to launch a Kickstarter to help make merchandise and the like for the concert. Eventually, she hopes to be able to take the concert on tour. At the moment, there’s no word on where the first concert will be held, but we can assume it will likely be in North America.

Kenji is currently planning on creating a rhythm game. The game will definitely feature Dex and Daina but he’s unsure of what other VOCALOIDs he will be allowed to feature due to licensing. He’s unsure if there will be a Kickstarter for this project or not, but he will be sure to keep fans informed.

He plans to release a survey later on that will be asking fans what they would want from a commercial rhythm game.

She's a huge VOCALOID fan, a figure collector, and an all around nerd. Hoshi's been in the VOCALOID fandom since 2008 and has been a hardcore VOCALOID fan since 2013.
@VocaHoshi
Previous Stardust Demo, Voice Bank, Album and Art Book Dates Confirmed!
Next Hatsune Miku: Project DIVA X: Portrait, Album, New Songs and Medley