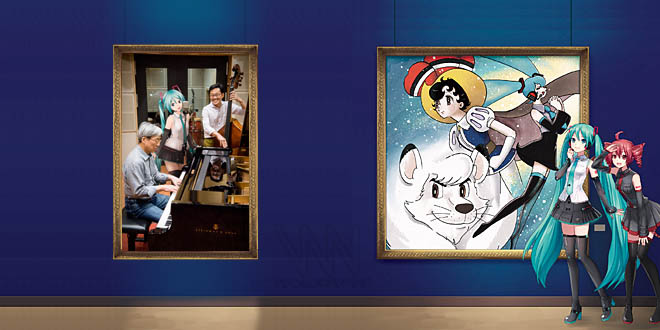 If you’ve enjoyed reading about the Hatsune Miku x Osamu Tezuka Exhibit ~ Worlds Connected by Isao Tomita ~ art event, but are unable to visit the Osamu Tezuka Manga Museum where the exhibit is taking place, then we’ve got good news for you. The next part of the collaboration event is a brand new album entitled Hatsune Miku Sings “The Music of Osamu Tezuka & Isao Tomita Live” (初音ミク Sings “手塚治虫と冨田勲の音楽を生演奏で”), and is now available for anyone to purchase online!

Samples for each track are also available for listening on Nippon Columbia’s product page! 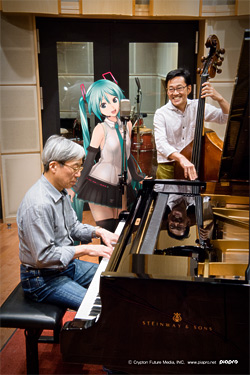 The year 2017 marks Hatsune Miku’s 10th anniversary, as well as what would have been the late Osamu Tezuka‘s 90th birthday, and the late Isao Tomita‘s 85th birthday. Thus, Tezuka Productions and Nippon Columbia found it a fitting time to create something truly special that celebrates all three of these individuals who have greatly impacted their respective worlds. In this album, Miku will be singing many of the songs that Tomita wrote for Tezuka’s anime series alongside Rena Maeda, and even the UTAU Kasane Teto!

However, Miku will be doing more than just sing in this album; she’s also serving as an MC of sorts, giving fully voiced introductions to each of the songs, and even interviewing special guests! This use of Miku’s voice is the first of its kind, never before done for an album release!

The underlying story of the interviews was written by the veteran mystery novelist, Masaki Tsuji. Now 85 years old, Tsuji is known as the main script-writer for Princess Knight back in 1967, and in this album, he’ll be reflecting on his past accomplishments with both Tezuka and Tomita.

Those who pre-ordered the album would receive a free gift, which varies depending on the pre-order site. 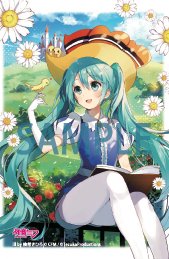 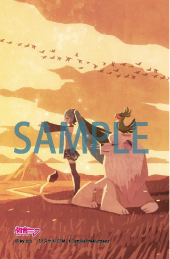 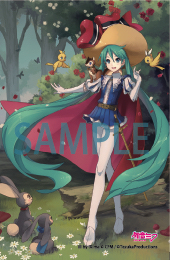 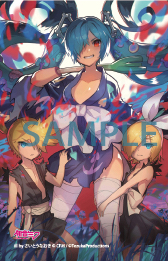 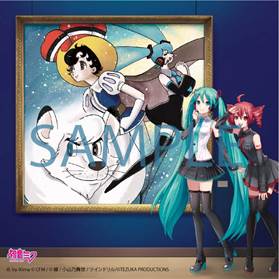 From any of the below stores and sites: CD-sized Sticker featuring the limited edition album cover art 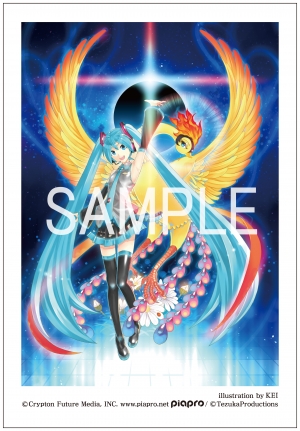 Finally, anyone who purchases the album at the Osamu Tezuka Manga Museum before the Hatsune Miku x Osamu Tezuka Exhibit‘s conclusion on October 23rd, will get a free A2-size poster featuring an original Phoenix x Hatsune Miku illustration by KEI!

The Regular Edition costs ￥3,000 JPY (about $27 USD) plus tax. Album cover art was created by Tezuka Productions in conjunction with Crypton Future Media and iXima.

The Limited Edition costs ￥4,800 JPY (about $44 USD) plus tax. It comes with 5 alternate album covers and can badges featuring artwork from the exhibit, as well as two additional tracks called “Hatsune Miku Sings Outtakes.”

Hello! You can call me Marumain, and I serve as a translator between VNN in English and VNN in Japanese, translating articles between the two languages. I love pretty much every Vocaloid, though I consider MAIKA to be my favorite!
@MarumainElectro
Previous Four New Demo Songs Released For Hatsune Miku V4 Chinese, Digital Download Sales Now Open!
Next Possible New Voicebank for YanHe!