While IA has covered songs sung by her voice actress before (the most famous being “Tori no Uta”), her acapella cover of “Kimi Wa Hitori Nankaja Naiyo” (“You’re Not Alone”) takes things a step further and even gives fans a new way to listen to 1st Place’s VOCALOID. And as an added bonus, all purchases of the song go to charity!

It was July 7th, 2011, when Lia released a single album for the victims of the tsunami and recorded an intense version of “Kimi Wa Hitori Nankaja Naiyo” (“You’re Not Alone”) in one take on piano. That attempt became “Song of Life”, an album made of tracks inspired by the themes of “hope” and “life” in honor of the victims of the 3/11 tsunami and earthquake.

On the other hand, IA’s cover of “Kimi Wa Hitori Nankaja Naiyo” is produced in a totally different style, an acapella performance that you can’t miss!

Last but not least!
The revenue of the sales of Lia’s original version and IA’s cover of “Kimi Wa Hitori Nankaja Naiyo” will be donated to the foundation Michinoku Mirai (公益財団法人 みちのく未来基金), which helps the young victims of the tsunami to continue their studies. 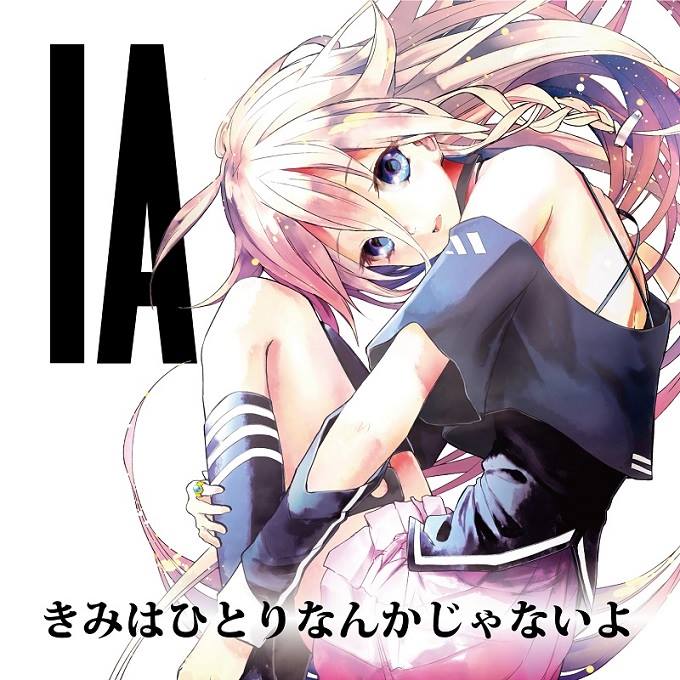 It’s not often that we get to listen to an actual VOCALOID song where the VOCALOID is the only instrument used. But “Kimi Wa Hitori Nankaja Naiyo” proves that doing so can lead to absolutely amazing results. IA provides the main and backing vocals perfectly, and despite not being human, manages to bring a good amount of human emotion to the song. One can hear the changes in her voice and, much like Lia’s version, hers manages to pull a hugely emotional response from me as well. And this is featuring nothing but IA’s vocals.

The song is just as beautiful as Lia’s version if not more so as the focus on IA’s voice brings incredible attention to what she’s singing. I can listen to it over and over again and continue hearing new things that I missed the first time. It’s truly a work of art and I would recommend this to any VOCALOID fan. It’s a technical masterpiece as well as an artistic one.

If you’d like to listen for yourself before buying, 1st Place does allow you to listen to the first minute and a half of the song on iTunes.

Currently, the song is only available on iTunes with the price varying depending on the location. You can also purchase Lia’s version on iTunes here if you’re interested. Remember that all proceeds for both songs do go to Michinoku Mirai. So not only do you get great music but also you get to help a great cause as well!

She's a huge VOCALOID fan, a figure collector, and an all around nerd. Hoshi's been in the VOCALOID fandom since 2008 and has been a hardcore VOCALOID fan since 2013.
@VocaHoshi
Previous Figma Racing Miku 2016 Sponsorship 2nd Round Courses Now Open!
Next Studio Rana Event in Nakano