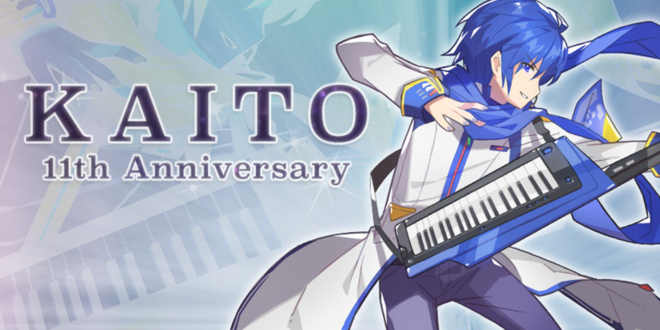 While YAMAHA says that KAITO was released on February 14th and Crypton says he was released on the 17th, fans don’t care. If anything, this means even more celebrations! Some even opt to celebrate it on the 14th all the way to the 17th. No matter when you choose to, the big day for KAITO goodies is the 17th, and this year’s KAITO anniversary celebrations held quite a few. 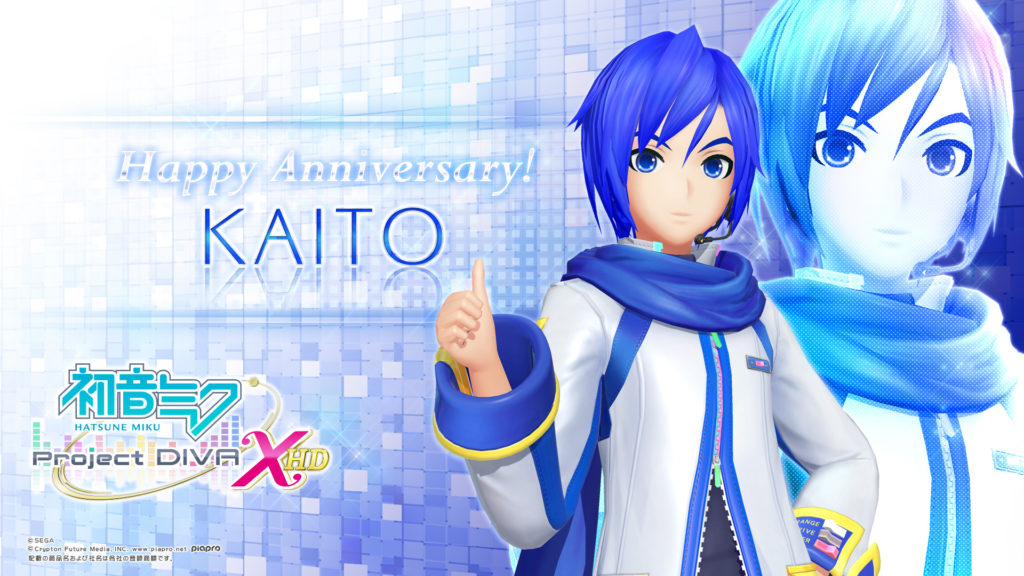 As always, SEGA celebrates Crypton VOCALOID birthdays with some sweet wallpapers. There are two wallpapers available, both featuring KAITO V3 modules. One features the module from Project DIVA X HD while the other features the Future Tone and Arcade module. Both are available in desktop and phone sizes. Grab them on SEGA’s website!

Crypton celebrates VOCALOID birthdays with music! KARENT has a page dedicated to some catchy KAITO songs and put together a crossfade as well.

While I’m in no way affiliated with Crypton, I’d like to give a few suggestions as well to KAITO songs fans can grab.

While it’s not available for digital download, it’s an amazing song on a lovely compilation album released last year. EXIT TUNES PRESENTS Kaitonation feat. KAITO is a must-have album for KAITO fans. Honestly, just getting an album with “Old Radio” on it is an amazing thing. The song is so good but was incredibly unloved!

You can find it on CDJapan, AmiAmi,and Amazon Japan.

EmpathP uses KAITO V3 English incredibly well here. Enjoy the feels. You can grab a physical or digital version of the album it’s featured on over at Bandcamp.

“Clockwork Lullaby4” (also known as “Heartbeat Clocktower (FOREST VERSION)“) is a classic by the famous producer mothy. Just listening to it brings back memories! It’s available on the Evils Forest album or alone. If you want, you can also pick up Evil’s Theater and Evil’s Court.

This is one of the first KAITO songs I’ve ever listened to. Can you believe this features KAITO’s VOCALOID 1 voice bank? Even now, it stands the test of time and sounds amazing. While I personally got a high quality copy from the sold out KAITO 10th Anniversary -Glorious Blue- album, fans can grab a digital download alongside many of 仕事してP’s songs or alone.

The Piapro blog sported a KAITO illustration to celebrate his 11th anniversary. They’re also holding a survey with prizes ranging from KAITO’s voice bank, to KAITO figures, and other KAITO merchandise. However, it’s only open to Japan as far as we can tell.

She's a huge VOCALOID fan, a figure collector, and an all around nerd. Hoshi's been in the VOCALOID fandom since 2008 and has been a hardcore VOCALOID fan since 2013.
@VocaHoshi
Previous Yumemi Nemu and Tone Rion V4 are Now Available!
Next Nendoroid & Figma Racing Miku 2017 Sponsorship Courses Now Open