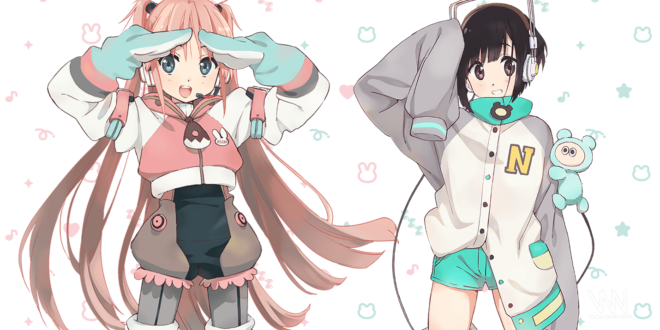 It’s February 16th in Japan and you know what that means: the release of the new VOCALOIDs Yumemi Nemu and Tone Rion V4!

Nemu AND Rion are both voiced by the Dempagumi.inc singer Yumemi Nemu. And while there was one sample available of VOCALOID Nemu’s voice before, we now have a few more samples featuring both Nemu and Rion.

Rion is described as having a more nasally and childlike voice, while Nemu is supposed to sound slightly more grown-up.

It’s been confirmed that there are 138 extra voice recordings for Nemu, featuring special shouts and chants that “all Nemqn fans know and love!”

As mentioned before, the two voice banks can cross synthesize between each other as well, creating lots of opportunities!

The two are available as physical copies from the DEAR STAGE online store (Japanese only), but are also available for digital download on the English VOCALOID Store.

While Nemu’s digital download is open to everyone, it doesn’t include the extra VOCALOID lesson that the physical version has.

About the Voice Provider

In addition to providing information on the VOCALOIDs, the official VOCALOID Shop also gives us some info on the human behind them.

Catchphrase: “Dreaming of being an eternal magical girl!”

A super idol in the new era who connects Akihabara and the world! She has been expanding the scope of her activities such as directing pictures, writing columns, etc. as a pop icon, connecting cultures regardless of genre.

She's a huge VOCALOID fan, a figure collector, and an all around nerd. Hoshi's been in the VOCALOID fandom since 2008 and has been a hardcore VOCALOID fan since 2013.
@VocaHoshi
Previous IA Plushie Now Available Internationally!
Next KAITO Anniversary Celebrations: Free Wallpapers, Song Recommendations, and More!