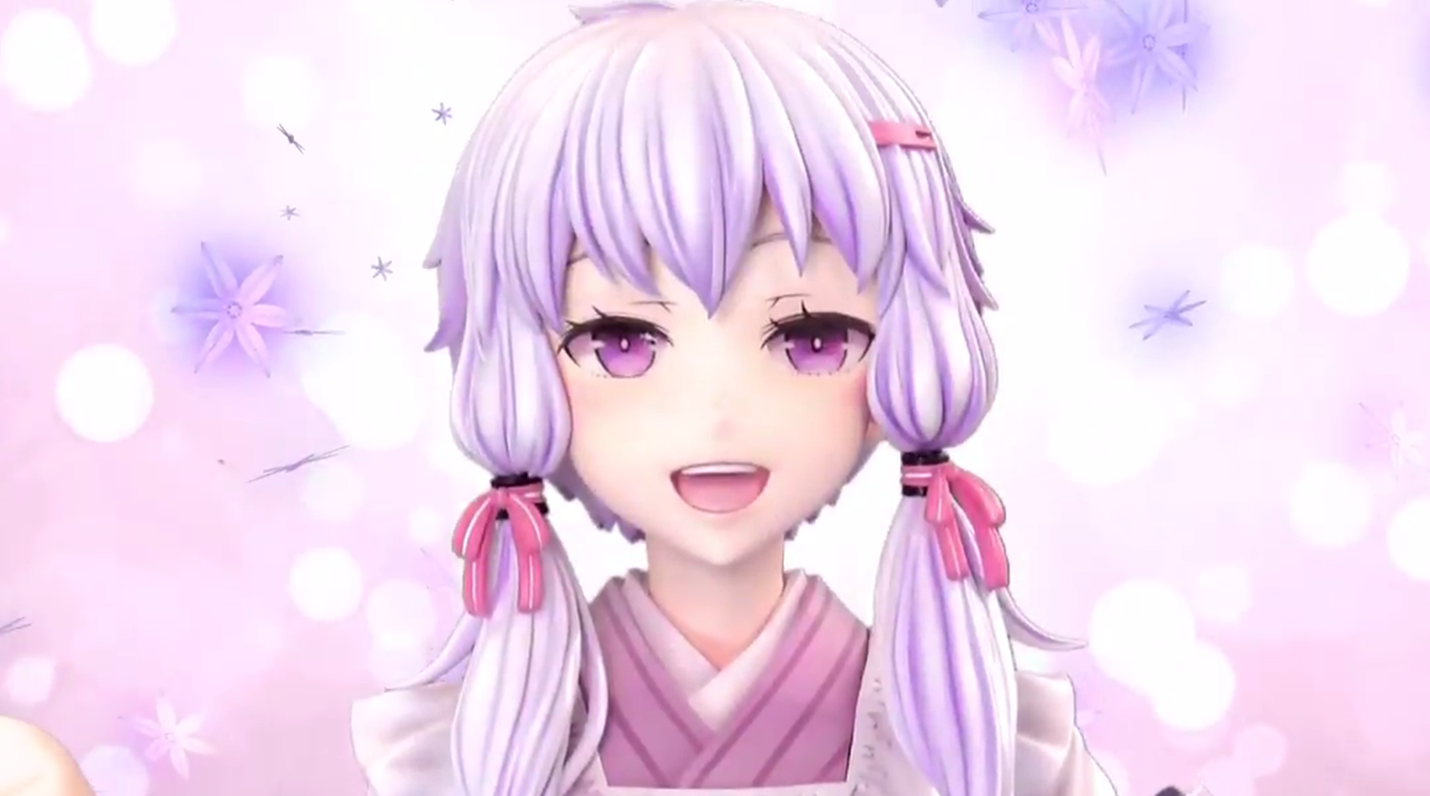 With the life-sized Yukari figure now available for purchase, there’s more information available on the figure itself as well as quite a few bonuses.

FIGUREX released a short video on Twitter advertising the human-sized figure. For anyone curious, the song featured in the video is Tiny PaRadisE by KagomeP feat. Yuzuki Yukari.

There are two free 1/8 scale Yuzuki Yukari (Original) figures that will be given to the first two persons ordering the life-sized figure.

In addition, anyone ordering the figure between the period of June 24th and July 1st will receive a 1/8 scale Yuzuki Yukari Lin figure.

Finally, those who order within the same period will receive free domestic shipping. International shipping is not free.

While a lot of fans have wondered how they would manage to pay for such an item, AHS and FIGUREFX have come up with a solution. Instead of paying for the figure completely, customers can opt into a payment plan. The figure can be purchased with up to 24 months of installment payments (54,000 yen per month). At the moment, it’s unclear if international orders will be able to have this option.

Yukari is available at the AHS shop, which doesn’t offer international shipping. However, fans are free to inquire via email. There’s no promise that the figure will be available outside of Japan.

Fans can order the life-sized Yukari figure at the AHS online shop here.

While preorders are being accepted now, the figure isn’t set to ship until late October 2016.

She's a huge VOCALOID fan, a figure collector, and an all around nerd. Hoshi's been in the VOCALOID fandom since 2008 and has been a hardcore VOCALOID fan since 2013.
@VocaHoshi
Previous Luo Tianyi in The Teenage Mutant Ninja Turtles 2 Movie Promo in China!
Next VOCAMERICA Live Stream Recap