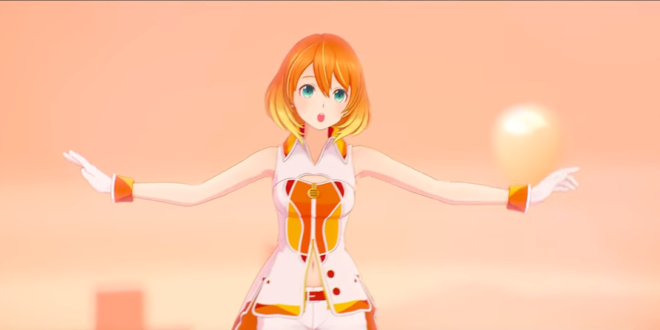 Although there has not been a ton of news about Mirai Komachi, she is still alive! Recently, a new MV titled “Mirai” has been released on Bandai Namco’s official YouTube channel.

On top of that, a video was also published on “VRonWEBMEDIA Official channel” showcasing real-time character animation of BanaCAST at SIGGRAPH Asia 2018! In the video, you can see her model being controlled in real time by a motion capture device during this 9 minute demonstration. This is pretty cool to watch, especially for those who are not entirely familiar with this form of technology! Could we see Mirai Komachi becoming a Virtual YouTuber in the future? Who knows!

Stay tuned for any future information about Mirai Komachi on VNN.

A virtual singer lover with a dream of connecting the world of virtual singers together through VNN. Monds is also a huge rhythm game fan/player on his spare time.
@monds1234
Previous Luo Tianyi X Vitasoy
Next Unity-Chan Makes Her Virtual YouTuber Debut!