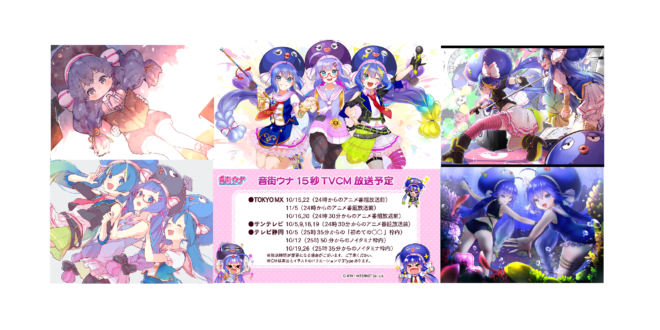 In celebration of Otomachi Una‘s 1st anniversary, MTK and Internet Co. Ltd. hosted both an original song contest and an illustration contest this past summer, with the winning entries to be featured in special TV commercials that are set to air this fall. The results of both contests have been revealed, and so has the broadcast schedule for the commercials!

The grand prize winner of the illustration contest is 松崎げん (Gen Matsuzaki) with their Una illustration titled “Happy Anniversary!!” See below for commentary by Una Talk’s official illustrator, Naoki Saito! 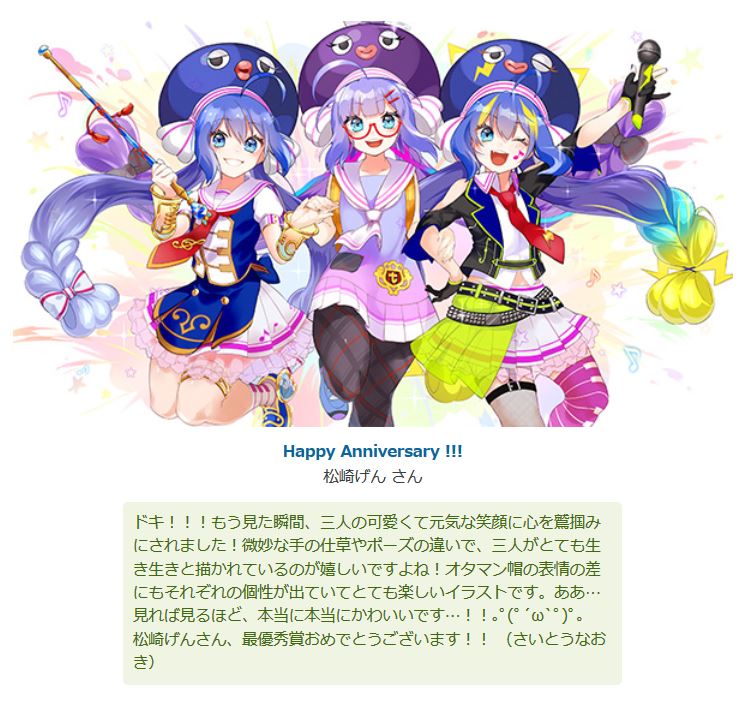 “Doki!!! The moment I saw this adorable trio and their bright smiles, they took hold of my heart and never let go! I especially love the subtle differences in hand gestures and the poses that the three of them strike, all while looking very vividly drawn! Something else that made this drawing fun to look at was the different facial expressions for the Otaman hats, conveying each of their different personalities. Ahh, the more I look at them, the cuter they get… ｡ﾟ(ﾟ´ω`ﾟ)ﾟ｡ Gen Matsuzaki-san, congratulations on winning the grand prize!”
-Naoki Saito 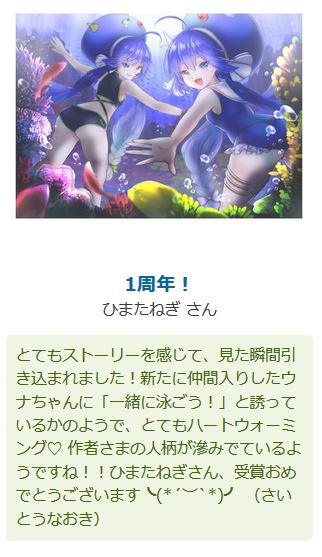 “I can practically feel the story behind this illustration, which drew me in the moment I first saw it! It’s like Una-chan has made a new friend, and says to them ‘Let’s go for a swim together!’ How heartwarming♡ The artist’s individual touch really permeates throughout the whole piece!! Himatanegi-san, congratulations on your award! ╰(*´︶`*)╯”
-Naoki Saito 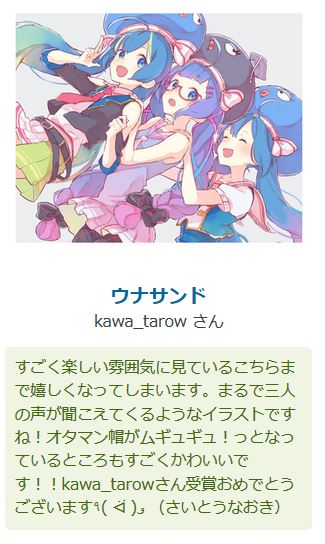 “The playful atmosphere of this piece really lifted my mood. I feel that I can practically hear each of their voices! The Otaman hats look especially cute all squished together! Congratulations on your award, kawa-tarow-san ٩( ᐛ )و ”
-Naoki Saito 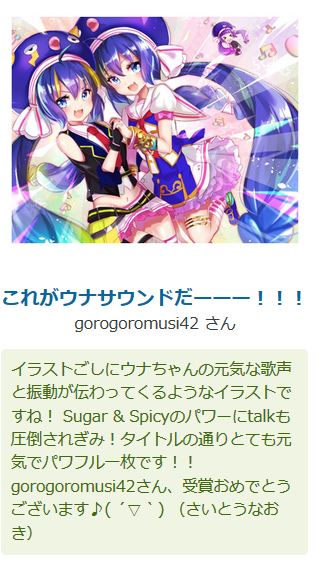 “Una-chan’s energetic singing voice and vibe are both conveyed really well throughout this illustration! It almost looks like Talk is positively overwhelmed by Sugar & Spicy‘s power! Just as the title exclaims, it’s a really powerful piece!!
gorogoromusi42-san, congratulations on your award ♪( ´▽｀)”
-Naoki Saito

Commentary for these is provided by Una’s voice provider, Aimi Tanaka. 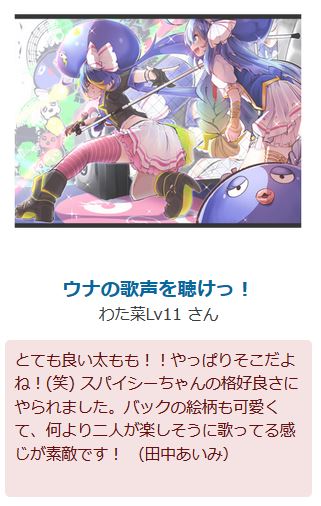 “What amazing thighs! Yup, that’s where my eyes were drawn to! (lol) Spicy’s coolness really dominates here. The background design is really cute too, and I love how it feels like these two are just having a fun time singing!”
-Aimi Tanaka 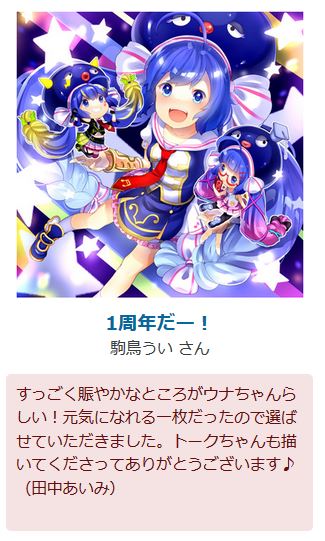 “The sheer liveliness of this piece really fits Una-chan! I picked out this illustration for that reason. Thanks for drawing Talk-chan, too♪”
-Aimi Tanaka 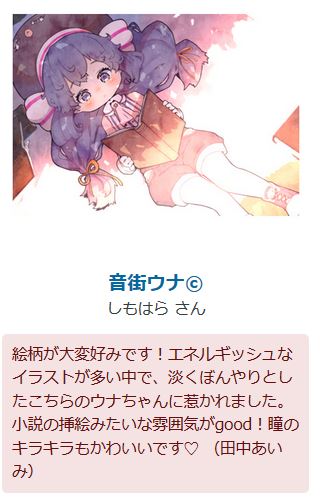 “I love this design! Amidst all the dynamic and high-energy drawings, I was really charmed by this more light-hearted and calm take on Una-chan. It has the air of something straight out of a novel, which is good! The sparkles in her eyes are also a cute touch♡”
-Aimi Tanaka

See TINAMI’s Otomachi Una contest page for the full list of entries, 248 in all!

The results of the song portion of the contest have been revealed as well, and these three producers will soon hear their songs played on TV when the commercials start airing! Each of the songs will also be made available on VOCALOTRACKS for purchase on Wednesday, October 11th. 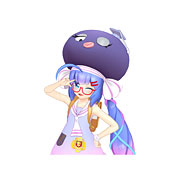 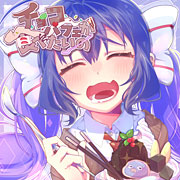 “My song “I Wanna Eat Chocolate Parfait” feat. Otomachi Una will soon be released on VOCALOTRACKS, and will even be used for a TV commercial! (●´ω｀●) It’s a really cheery and cute song, so look forward to its release! I know I sure am! w
http://vocalotracks.ssw.co.jp/product.asp?ano=1886“ 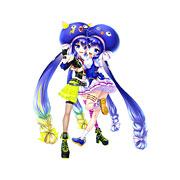 VOCALOTRACKS has just released a total of 22 new Otomachi Una songs on their website as part of her 1st anniversary celebration! Check them all out here!

Finally, some details on the new commercials and their broadcast schedule have been revealed!

There will be three variations to the commercial (each using a different song and artwork), and they will each be 15-sec long. They are scheduled to broadcast on the following stations at the following dates and times (subject to change): 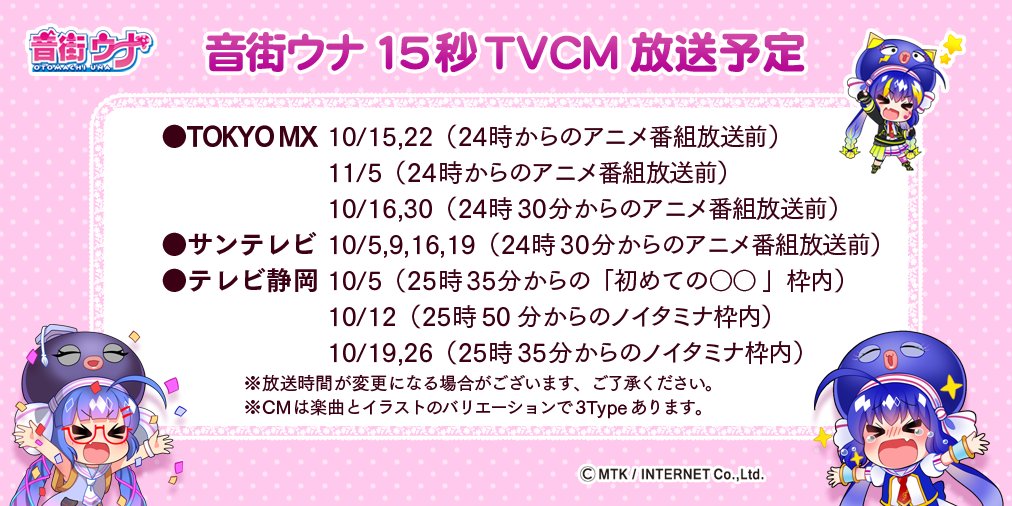 International fans should keep an eye on Otomachi Una’s official YouTube channel for future uploads of the commercials!

Hello! You can call me Marumain, and I serve as a translator between VNN in English and VNN in Japanese, translating articles between the two languages. I love pretty much every Vocaloid, though I consider MAIKA to be my favorite!
@MarumainElectro
Previous Roundup of September 2017 Album Releases and Announcements!
Next Kasane Teto x KOUSA Collaboration Announced!