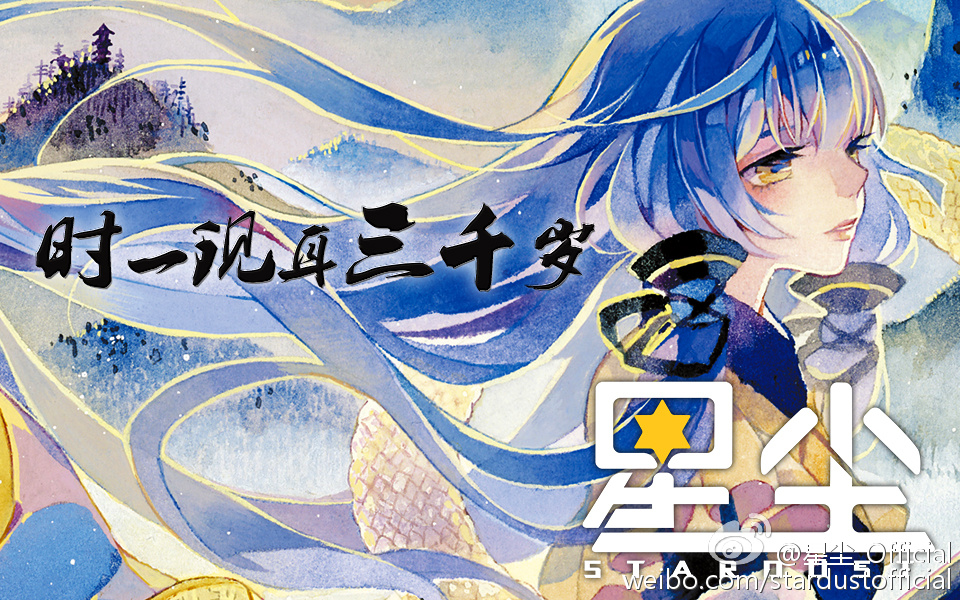 Quadimension has recently uploaded Stardust’s fourth demo, “时一现耳三千岁” (“Shi Yi Xian Er San Qian Sui”), on their official Bilibili and YouTube channel. They have also mentioned that they have begun shipping out her album.

Much like her previous demos, “时一现耳三千” (“Shi Yi Xian Er San Qian Sui”) will also be featured in her official album “星愿Starwish”. Melo‘s “时一现耳三千岁” (“Shi Yi Xian Er San Qian Sui”) was to be expected after the release of the Stardust album cross-fade. Traditional Chinese music is a popular and unique genre among the Chinese VOCALOID fandom. This is the only traditional Chinese genre song featured in the album. The beautiful artwork in the PV is done by 零届, and this demo is different from Stardust’s previous demos.

After a few weeks of waiting, Quadimension has finally announced that Stardust’s official album has finished printing and is into the shipping stage. Those who live in mainland China and purchased her album will receive the first batch of the album.

You can find more Stardust articles below: