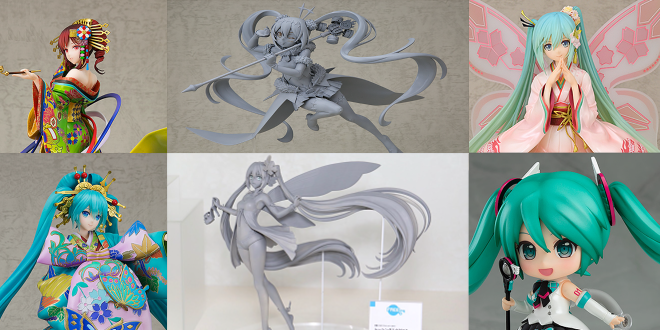 VOCALOID figure collectors rejoice! New Vocaloid figures were revealed at the Summer WonFes 2018 and a bunch of previously announced figures were also displayed as painted figures or prototypes!

Check out all the figures we have seen so far below.

Here are all the newly announced VOCALOID figures!

There were also many previously announced figures displayed in their painted or prototype forms. Check them out below!

Though we have seen plenty of exciting updates, I regret to say that there was still no sign of the 1/4 Scale Kaito V3 figure which was previously announced. We will be sure to inform you if we hear any news on this.

Please stay tuned to VNN for further updates on all these figures!

Jade is an artist, writer and musician based in the UK, who has a particular fondness for Vocaloids. Her favourite loids are Fukase, Oliver, Gumi and IA.
@jadekaibap
Previous Watch This Artist Create a Hatsune Miku Figure Using a 3D Pen
Next Official Hatsune Miku YouTube Channel Now Accepting Community Translations