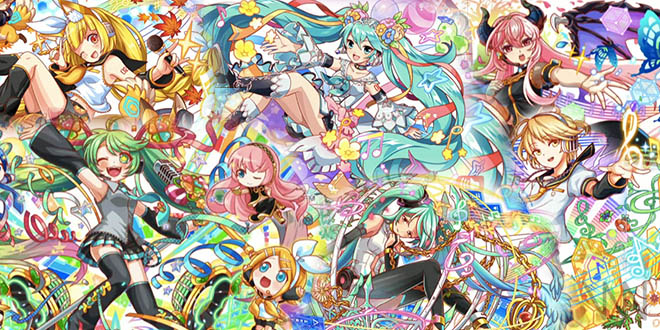 The Hatsune Miku x Crash Fever Collaboration for 2018 is now underway in Japan! While Global fans still have no word on if the event will ever reach them, here’s a roundup of some of the information revealed during the live stream!

Please note there still has been no confirmation of a Global event. 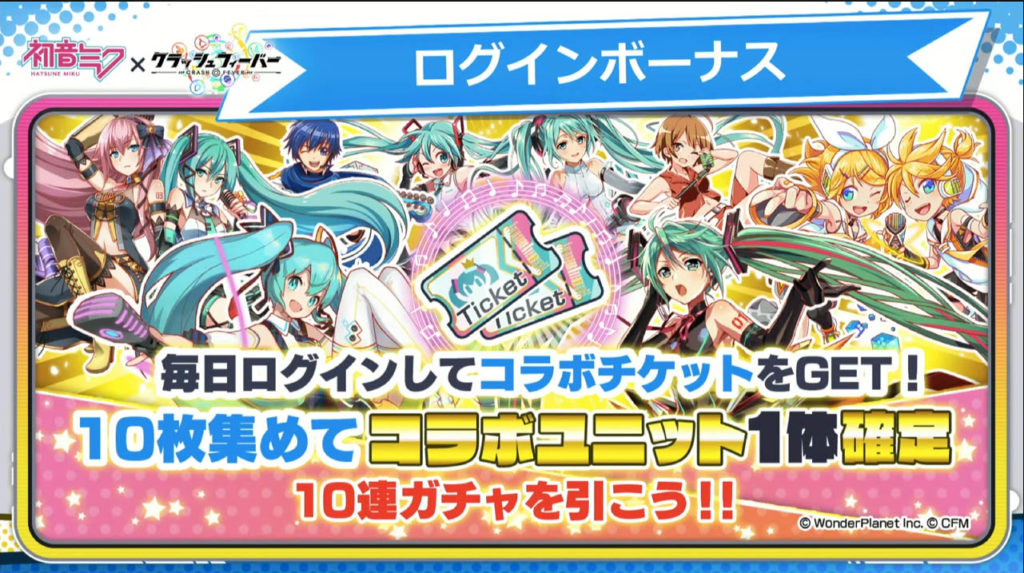 Login each day to collect a special Hatcher ticket. 10 tickets gives you a 10x pull with a guaranteed collaboration unit!

If the above tweet gets 3,000 retweets (which it already has!) fans will receive 30 free Polygons! (Global Equivalent: 300 Polygons) 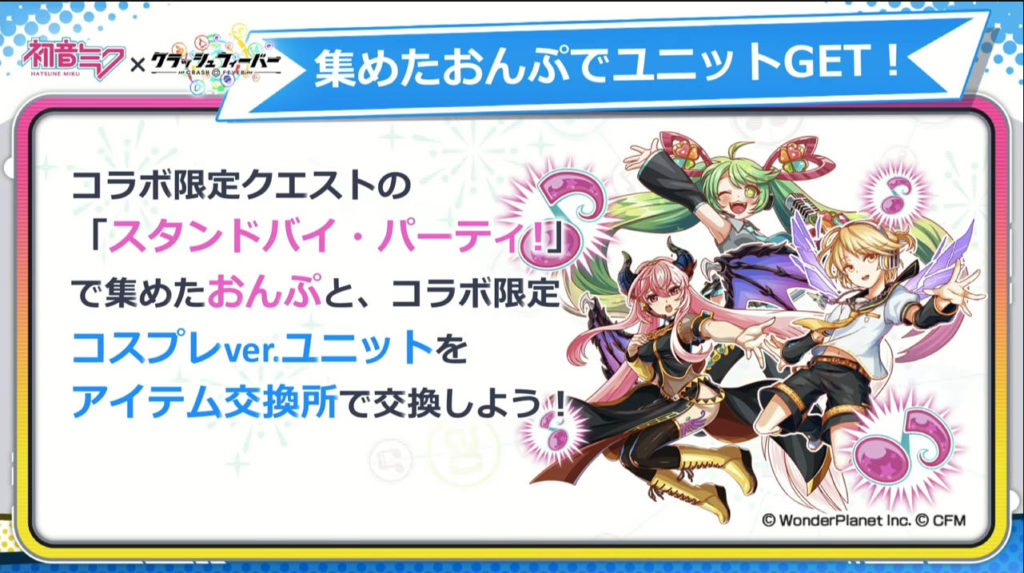 The Standby Party quest is introducing a new mechanic to Crash Fever! Instead of grinding for tickets (or the event equivalent) and pulling a Hatcher in hopes of getting what you want, the Notes collected in this quest can be exchanged for certain cosplay units. And you can choose which one you want with each exchange! 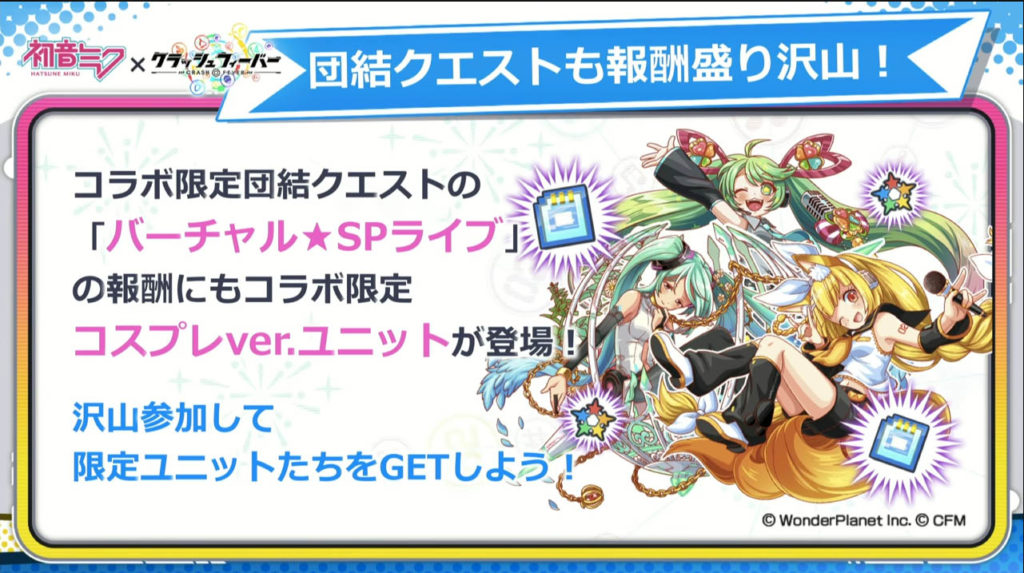 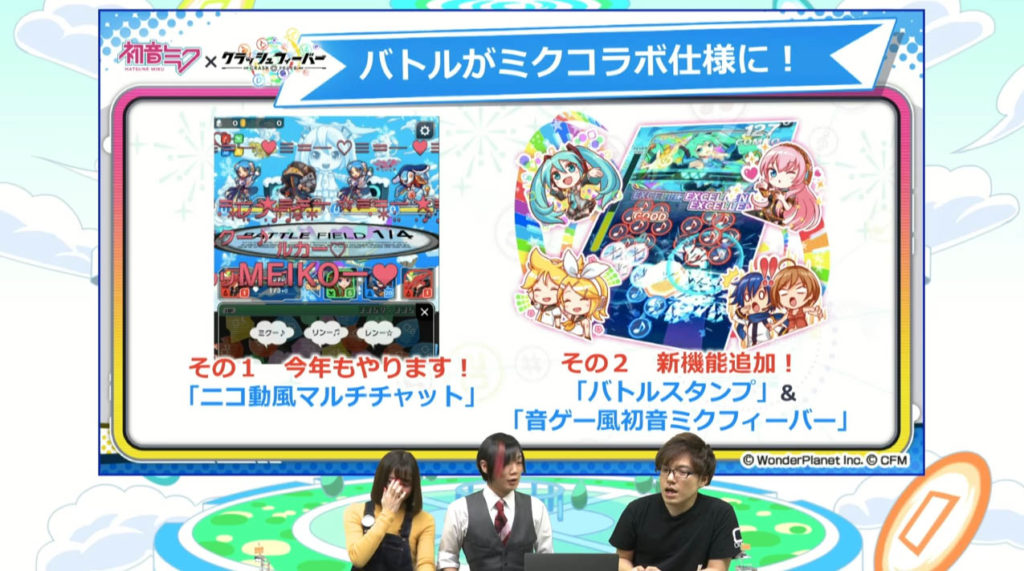 The scrolling NND-comments-like chat returns this year! In addition, the previously mentioned stickers will also be available to use during battle. 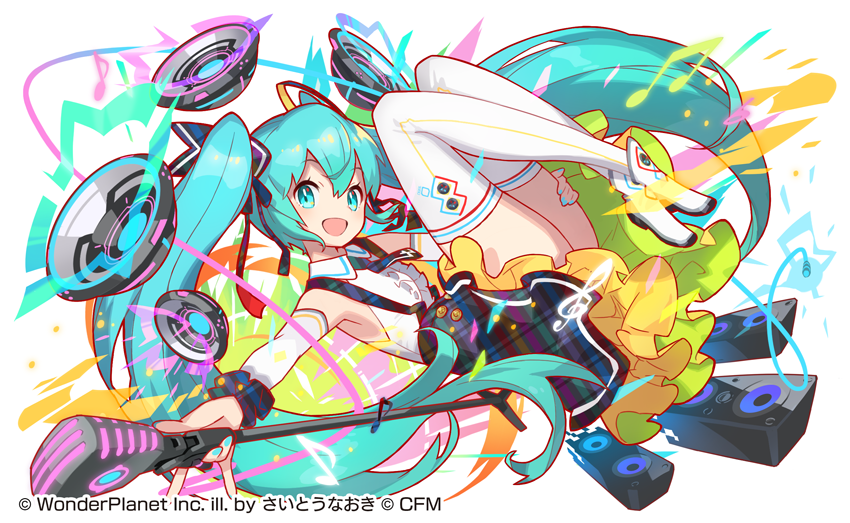 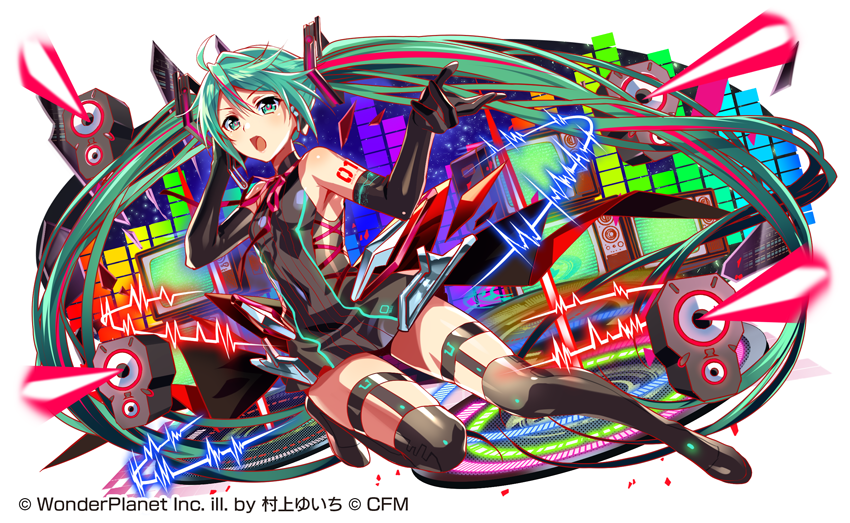 Previously announced units had their abilities and C skills announced. However, we won’t be translating all of that information. Feel free to check out the live stream here for the skills and abilities in Japanese.

As always, the below English names are simply fan translations, and are not to be taken as official.

閃練される光歌 バルドル (Song of Light Tempered to a Sheen, Baldr)

In addition to the new collaboration units receiving voices, some of the old ones are as well!! 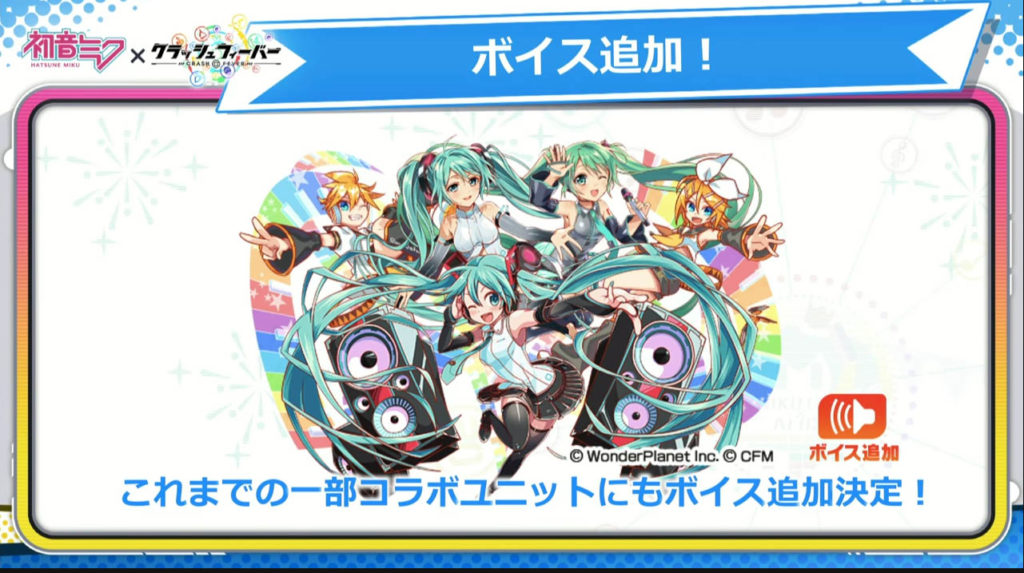 Units confirmed to be receiving voices are:

During the stream, the hosts played a little bit of Crash Fever! Check it out below! They play the Snow Miku 2018 quest first followed by the Standy Party quest.

For those confused about their cheering in the beginning of the match, they experienced a disconnection the first time they attempted a multiplayer match. They’re cheering because they got it to work.

The song playing in the first two stages of the quest is the first BGM revealed: Beat←捕まえて Heart←動きだせ (Beat←Capture, Heart←Move). The final stage, as we previously predicted, plays the Snow Miku 2018 theme song! That is, until one of the special Mikus activates their skill!

She's a huge VOCALOID fan, a figure collector, and an all around nerd. Hoshi's been in the VOCALOID fandom since 2008 and has been a hardcore VOCALOID fan since 2013.
@VocaHoshi
Previous Create Your Own Megurine Luka Merchandise Designs for We Love Fine’s Fan Forge!
Next “IA 6th & ONE 3rd Anniversary – Special Talk Live” News Roundup