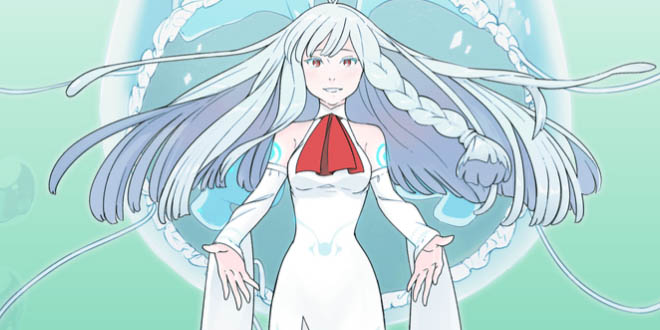 Fans following the LUMi song contest probably know the preliminary judging ended on July 13th, and now we finally have the results! These songs are heading to the next round.

The songs that passed preliminary judging are:

The Judging in Detail

Of course, these songs weren’t picked randomly. There’s a video describing the thoughts of the judges, whose names can be found in our previous article here.

Specific Thoughts on the Songs

At 0:56, they introduce the five finalists (In no particular order) and give their opinions:

ラヴィズポラリス (Love is Polaris): When Ohara-san first listened to the chorus of this song, she found herself humming the tune. She really loved it.

ハートビート (Heartbeat): Kaizuka-san felt that this song had the highest sense of “completeness” about it (that is, it felt the most like a real, full-fledged song). He was especially impressed with the breath effect at the beginning.

泣いたピアノ (Naita Piano): The mental image that Yoshizawa-san gets when he listens to this is that of someone playing a piano on the ocean floor.

Addiction (アディクション): Fumihara-san says that Nana is a music platform for humans and VOCALOID to come together and work together on, and feels that this song embodies this the best, that it’s a very “Nana-like” song (remember that he’s the president of Nana Music)

LUMinous: When it comes to conveying what LUMi is all about through music, Kaizuka-san feels that this song fits her character perfectly.

“Discovering the creators of tomorrow” was the goal of this contest. A grand total of 76 different people submitted 140 unique songs in this contest.

To this end, they focused on and discussed three main points when judging each song:

Originality: Does this song convey something “individual” about the creator?
Message: What message does the listener take away from the song after listening?
Ease of collaborative work: Is it a song that Nana Music can easily work on with the creator?

So Much To Judge!

So many people submitted such high quality songs that the judges had a really tough time deciding on a Top 5. While judging, they asked each other questions like “Did they convey the message that they want” and “What thoughts did they have in mind when they came up with the lyrics?” all in an attempt to understand each creator and their thought processes better.

They closely listened to and analyzed the songs in groups of three, judging which one is their favorite from those three, and repeating this process until there were only five songs left, their Top 5.

Shintaro Kaizuka: “At first, I was really surprised by the sheer number of song entries. While listening to each of them, though, there was one that left a particularly strong impression on me thanks to its use of the breath effect. I felt that it really stood out musically, and gave me a basis for how to judge each song after that. The purpose of this contest was to discover up and coming talent while supporting them in their music creation. So we analyzed each entry’s approach towards LUMi with the utmost seriousness. I saw this as a very musically significant project, and I think we succeeded in selecting the absolute best Top 5 entries that we could’ve hoped for.”

Kaoru Yoshizawa: “These Top 5 creators are writers whose lyrics I was charmed by, individuals whom I want to be able to meet, and people whom I wish to know more deeply. I really look forward to seeing what comes next.”

Sayaka Ohara: “This was my first time ever serving as a judge in a music contest, so I was a bit nervous at first. But then the more I discovered this brand new world unfolding before me by listening to the amazing variety of LUMi’s songs, the more excited I became. Each judge’s viewpoints are so different and each Nana user’s approach towards LUMi is so varied. So we had a lot discussions and exchanges about what LUMi’s universe and song lyrics should be like. I was even personally able to develop my own viewpoints on this topic, which I’m really glad about. I’m also really satisfied by the great variety of these Top 5 songs that we settled on. I would absolutely love the chance to sing each of them. I hope that more people will have the chance to listen to and enjoy them.”

Akinori Fumihara: “At first, I was disappointed by the small number of song entries in the early stages of this contest. But when I learned the final figure of submitted songs was 140, I was absolutely delighted. I could feel how much effort and time each and every entrant put into creating their original tracks. As a judge, I had to listen to all of them. But I was amazed by just how many were top-quality works, which made listening to them all an absolute pleasure. To think that all these wonderful songs were born on Nana Music makes me really proud to be its founder. Now that we’ve narrowed them all down to a Top 5, I look forward to seeing how things unfold from here.”

From now until July 30th, these five producers will be working with the contest organizers to help polish their songs! Final judging will be from July 31st until August 9th, with the winner being announced on August 10th. After that, they’ll go into chorus planning in preparation of adding the song to LUMi’s first concert!

As always, stay tuned to VNN for more information. In addition, check out the sources and LUMi’s social media below to stay up-to-date on all things LUMi!

She's a huge VOCALOID fan, a figure collector, and an all around nerd. Hoshi's been in the VOCALOID fandom since 2008 and has been a hardcore VOCALOID fan since 2013.
@VocaHoshi
Previous 39 Vocaloid Producers Announced For Hatsune Miku: Magical Mirai 2017’s Creators Market
Next Hanairogoromo Rin & Len Figures Now Available for Pre-order!