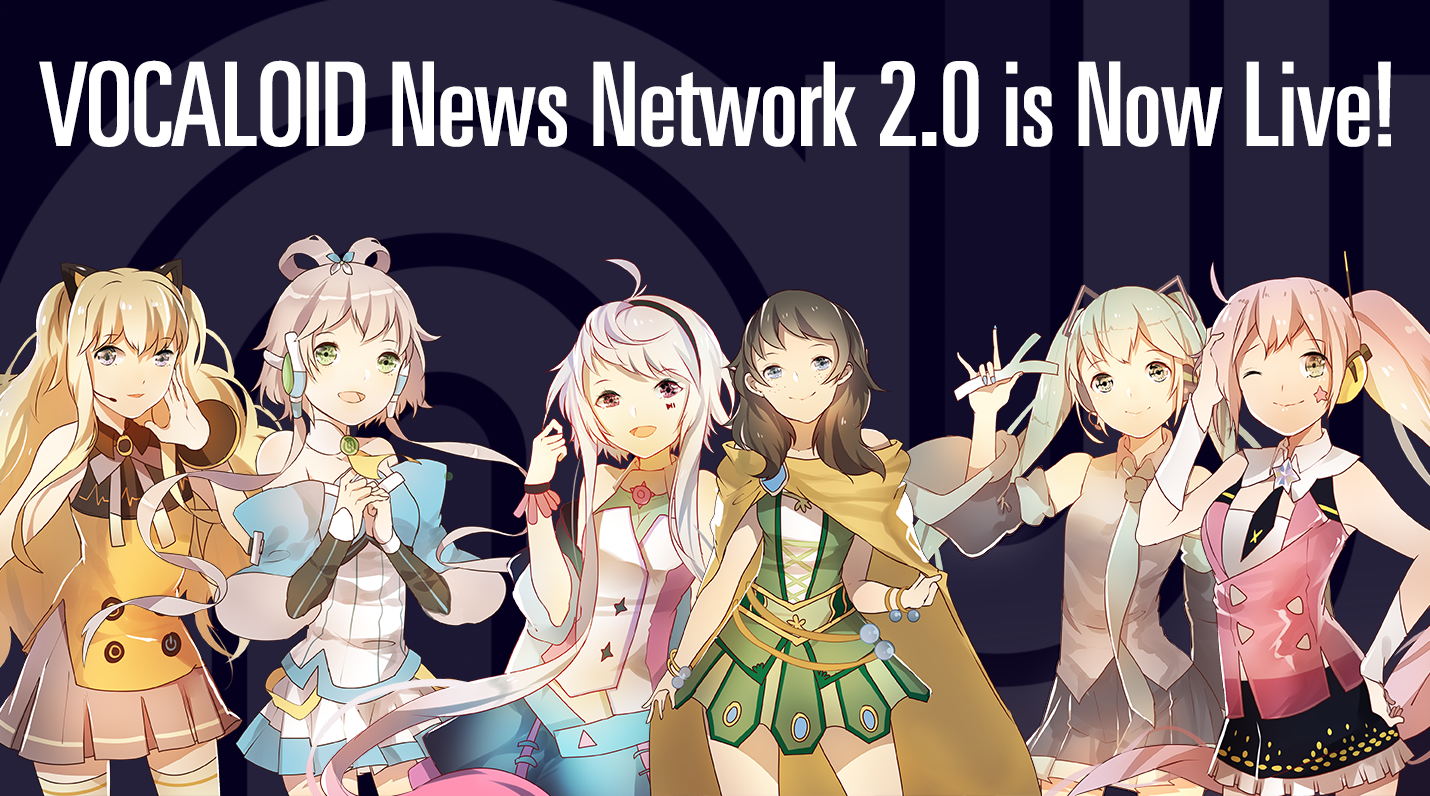 Fans of VOCALOID from all over the world have flocked to VNN for their daily dose of VOCALOID news, and VNN is proud to announce that we’re kicking it up more than just one notch! Along with our new design and amazing new art, we have new languages and newly announced partners. Welcome to VOCALOID News Network 2.0!

Some savvy fans may have noticed that Zyon is on our radar quite a bit. That’s thanks to Zyon’s creators, Aquatrax, working closely with us so that we can share this awesome game with the world the best we can! And now we can officially announce our partnership with Zyon. Expect to catch a glimpse of our logo in the game!

We’re also proud to announce that we’ll be working closely with UNI’s creators (so closely in fact that they’ll be helping us out with VNN Korea when it launches). We’re going to be THE place for UNI news now!

Once again, savvy fans may notice that we’ve linked to Mikufan, a lot. In the interest of growing the community and not competing with the biggest English Miku fan site in existence (if not the biggest Miku fan site in all of the western fandom), we’ve linked to Mikufan articles instead of creating articles on the subjects jrharbort and Mercuryw cover. Now we can officially say that we’re working side by side with Mikufan’s staff to grow the VOCALOID community and provide lots of Miku news!

We want to throw a HUGE shout out to WeiTu (唯Tu), our new illustrator! His amazing art is featured in our banners and other parts of the site, as well as on all of our social media platforms. Expect to see more work from him soon!

Spanish and Japanese speaking fans rejoice! In addition to our strong Indonesian and Chinese versions, we’re proud to announce that VNN will now be available in Japanese and Spanish as well starting today. Korean will also be available in the future thanks to VOCALOID Talks/ST Media, and we plan to launch a French version later this year.

Don’t worry though, fans! Things will still proceed as normal. While we have partners, everyone we work with knows that we’re not going to change. We’d rather work alone than focus on certain VOCALOIDs. You can still expect the same range of coverage as we try to hit every piece of VOCALOID news that reaches us. If anything, we’ll be covering even more now that our team has increased! Everyone on the team has different interests, and together, we’ll be able to find even more news and share it with everyone.

Expect to see a lot more from us in the future, and thank you to everyone who’s visited us so far and those who will visit us in the future. We exist only because of you guys! Without the VOCALOID fandom, we’d be nothing. So let’s keep VOCALOID going!

She's a huge VOCALOID fan, a figure collector, and an all around nerd. Hoshi's been in the VOCALOID fandom since 2008 and has been a hardcore VOCALOID fan since 2013.
@VocaHoshi
Previous Zyon is Now Available on Android
Next Luo Tianyi Will Be Performing at the Bilibili Macro Link!