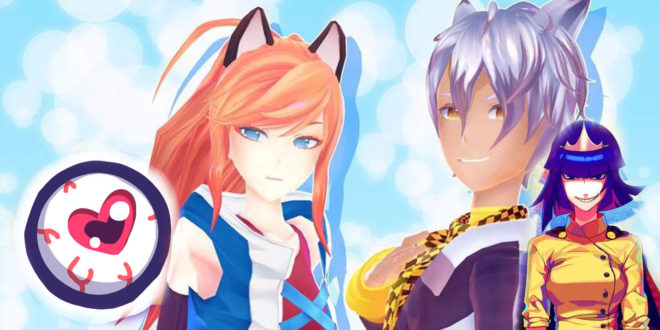 Castle Point Anime Convention is going to be quite the treat for VOCALOID fans this weekend. You’ll be able to find VOCAMERICA, Creep-P, AND Crusher-P at CPAC! The convention will be from Saturday, April 29th until Sunday, April 30th in Hoboken, NJ.

Castle Point Anime Convention is held at the Stevens Institute of Technology campus in Hoboken, New Jersey. This year, the convention is on Saturday, April 29th and Sunday, April 30th. While the convention has a stellar lineup in all fields, their VOCALOID related lineup is beyond phenomenal compared to most conventions.

Eyeris, also known as Creep-P, is a Western VOCALOID producer based in New Jersey who is known for writing songs inspired by creepypastas, and internet web series and phenomenons, such as “Don’t Hug Me, I’m Scared.”

A Thorough Introduction to VOCALOID with Crusher-P

Crusher-P is a musician and illustrator, best known for her song “ECHO” sung by VOCALOID GUMI. You can find her music anywhere from Sound Voltex, Groove Coaster, and Mai Mai, to even Japanese radio. Since the age of 14, Crusher-P has been writing, producing, and drawing images for her own music. Her first hit song at the age of 16 was just the beginning of an adolescence-inspired existential crisis that eventually lead her to choosing music and art as a career path. Now a young adult, she mixes humor and raw emotion in her music-making process. Along the way, she’s done everything from making product demos for YAMAHA to singing her own music in a karaoke bar in Japan.

EmpathP (otherwise known as Aki Glancy) is an American musician, illustrator, and producer from Virginia. Specializing in the creation of original VOCALOID works, her credits include illustrating the Celtic English VOCALOID “AVANNA” and voice providing for the American English VOCALOID “DAINA.” Her wish is to spread the love for VOCALOID technology across the United States. As the manager of VOCAMERICA: The Western VOCALOID Concert Project, she and her team have worked hard for over a year to make the dream of a Western VOCALOID concert series a reality. She is excited to bring VOCAMERICA to CPAC.

If you’d like an idea of how the concert will go, check out our Tora-Con live stream review!

And remember to donate to the VOCAMERICA in Europe Crowd Funding Campaign if you can!

She's a huge VOCALOID fan, a figure collector, and an all around nerd. Hoshi's been in the VOCALOID fandom since 2008 and has been a hardcore VOCALOID fan since 2013.
@VocaHoshi
Previous Yumemi Nemu Compilation Album Announced!
Next Hatsune Miku: Magical Mirai 2017 Illustration Contest Now Open!