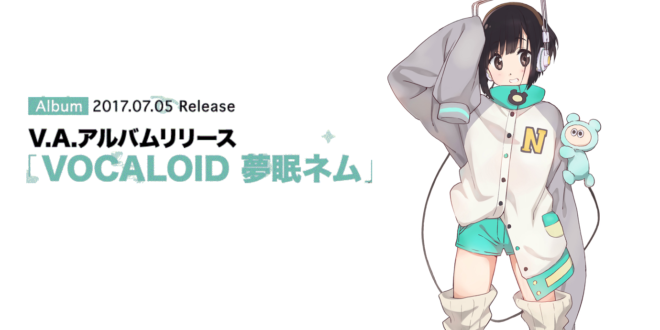 Dempagumi.inc. has announced that VOCALOID yumemi nemu‘s first compilation album is set for release on July 5th, 2017! The albums will pool together the talents of numerous titans in the VOCALOID world, as well as those of several famous contributors to Denpagumi.inc.!

“VOCALOID yumemi nemu” Compilation Album to be released on 7/5 (Wed.)! A team of marvelous creators will all be using ‘VOCALOID4 Library yumemi nemu‘ to create the music? It’s sure to be a must-own album!✨ Look forward to it!?”

The following producers have been confirmed in the initial announcement to be contributing at least one nemu song each to the compilation album, many of whose names should sound quite familiar to VOCALOID fans!

Besides the VOCALOID producers, other active musicians affiliated with Denpagumi.inc will also have a hand in the album’s creation! 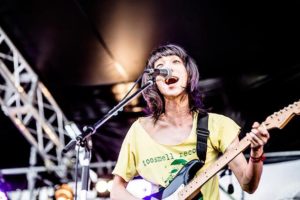 For instance, frequent writer of Dempagumi.inc. songs, Tamaya 2060% of Weinners fame, has also been confirmed to be lending his unique musical talents to one of the album’s songs.

Furthermore, MOSAIC.WAV will also be writing a duet that will be sung by both nemu and her voice provider, the Dempagumi.inc. singer who is also named Nemu Yumemi.

Next, YAMAHA’s own VOCALOID development team will be lending a hand by creating a yumemi nemu (the VOCALOID) and Tone Rion duet of the popular Nemu (the person) song, “Cosmic Melon Soda Magic Love.” 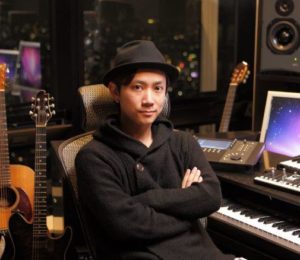 Finally, there will be an unnamed song with music composed by [email protected] and lyrics written by Nemu (again, the person).

With such a stellar lineup of both VOCALOID and non-VOCALOID producers alike, this is sure to be a wonderfully varied album for the barely two-month-old VOCALOID!

That’s not all of the exciting nemu news to report!

It was announced on Kyoto Seika University’s “Open Campus” orientation page that both Asin Kuroda and Nemu Yumemi (the person) will be leading a VOCALOID lecture on how to use yumemi nemu (the VOCALOID, of course) from 1:00 to 2:30 PM (JST) on Sunday, April 30th. Similar to what they have recently been doing in Nagoya and Osaka, they will be teaching beginners the basics of VOCALOID software usage, using nemu in their lessons. The site also mentioned that they will be revealing the “secret story behind nemu’s birth.” What do you suppose that could mean?

Hello! You can call me Marumain, and I serve as a translator between VNN in English and VNN in Japanese, translating articles between the two languages. I love pretty much every Vocaloid, though I consider MAIKA to be my favorite!
@MarumainElectro
Previous Pre-orders Now Open for Kagamine Rin & Len Harvest Moon Ver. Nendoroids!
Next VOCAMERICA, Creep-P, and Crusher-P at CPAC!