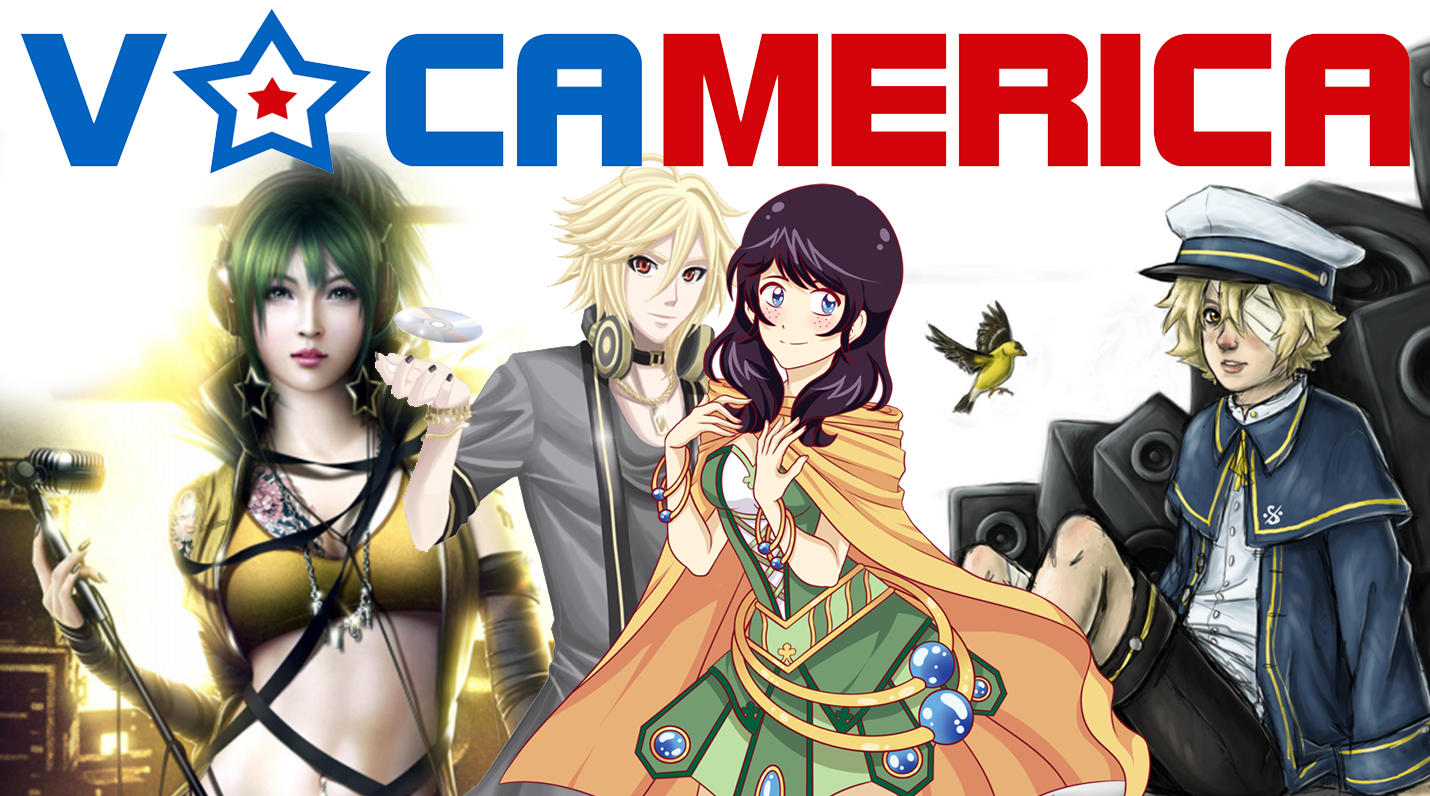 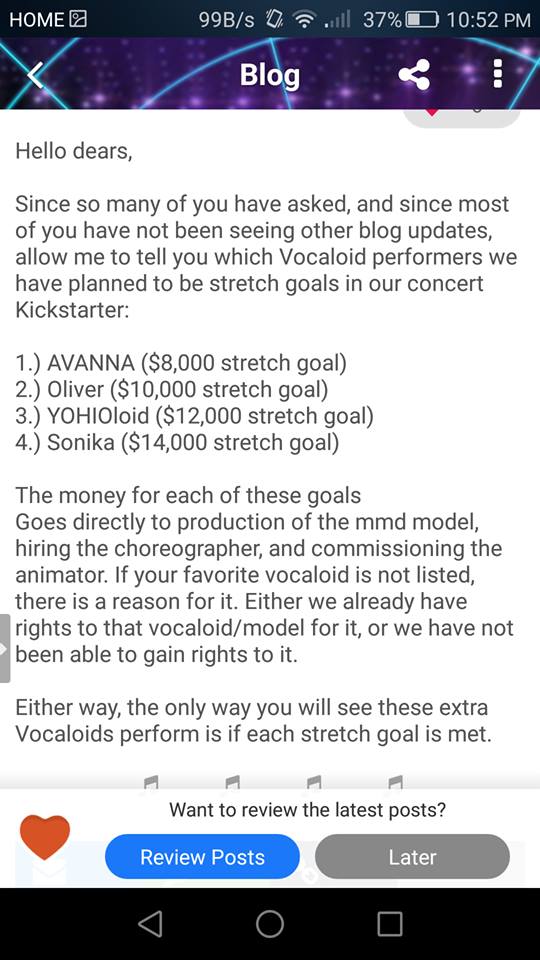 Once again, the announcement came via Vocaloid Amino, where she’s promised to post all of her VOCAMERICA updates. (You can follow her on VA here.)

Since so many of you have asked, and since most of you have not been seeing other blog updates, allow me to tell you which Vocaloid performers we have planned to be stretch goals in our concert Kickstarter:

The money for each of these goals

Goes directly to production of the mmd model, hiring the choreographer, and commissioning the animator. If your favorite vocaloid is not listed, there is a reason for it. Either we already have rights to that vocaloid/model for it, or we have not been able to gain rights to it.

Either way, the only way you will see these extra Vocaloids perform is if each stretch goal is met.” -EmpathP

AVANNA is an English VOCALOID 3 vocal by Zero-G. She was designed and drawn by EmpathP, and has been used by Porter Robinson in “Sad Machine” and “Goodbye to a World“.

OLIVER is a British English VOCALOID developed by PowerFX. His voice is meant to be of a young choir boy.

YOHIOloid is a VOCALOID 3 voice bank voiced by the famous singer YOHIO. He is a bilingual Japanese and English voice created by PowerFX.

Please remember that these VOCALOIDs will only be featured if the stretch goals are reached. We’ll be sure to announce the Kickstarter as soon as it’s up. We hope everyone will share it! Even if you can’t pitch in, spreading the word to those who can is a huge help.

Also be sure to follow EmpathP on Vocaloid Amino for all the latest VOCAMERICA news.

She's a huge VOCALOID fan, a figure collector, and an all around nerd. Hoshi's been in the VOCALOID fandom since 2008 and has been a hardcore VOCALOID fan since 2013.
@VocaHoshi
Previous New Hatsune Miku x Sony Xperia Collaboration Announced, Exclusive Ringtones For Xperia Device Owners
Next “IA 1st Live Concert in Japan -PARTY A GO-GO-” The Movie Trailer Released!