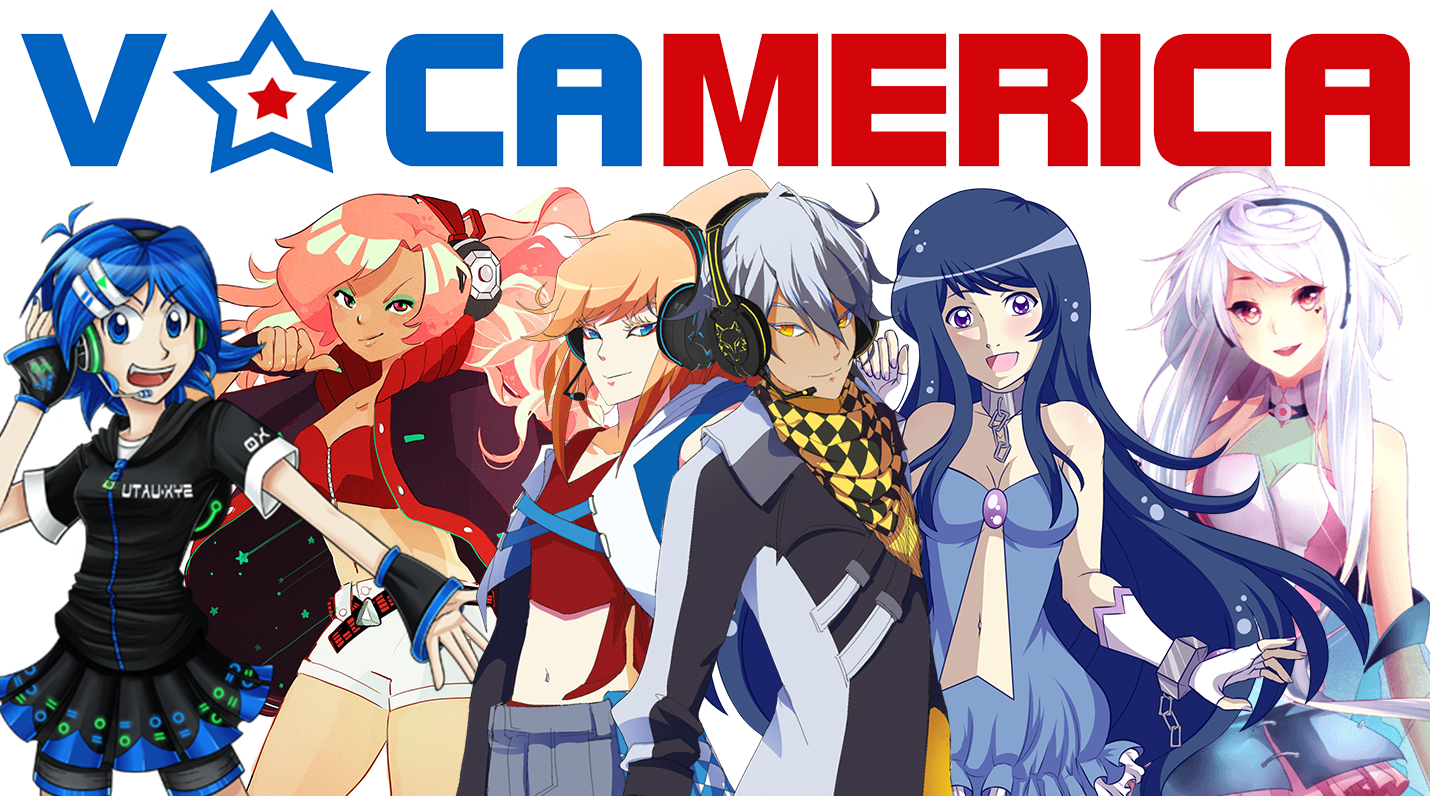 In February, EmpathP (also known as Aki Glancy) announced in a live stream about Dex and Daina that she was planning to hold a concert featuring western VOCALOIDs. In the months following, she was hard at work getting things together and she’s still working on everything. Currently, Aki is working on getting a Kickstarter up to help fund the project… but she was able to give us the list of VOCAMERICA performers today! 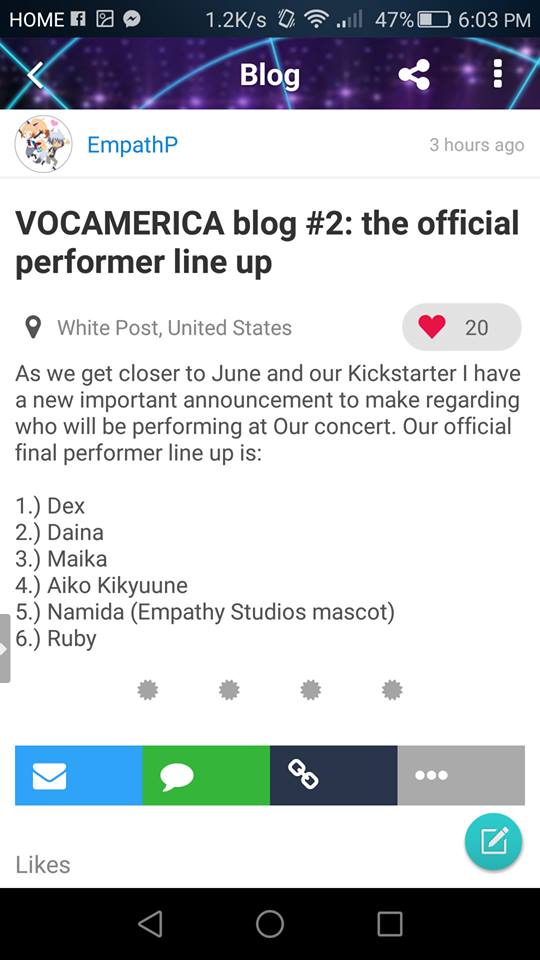 This announcement came via the Vocaloid Amino app, which Aki has talked about before in a YouTube video. As promised, following her on VA (click here to go straight to her profile) gives you a heads-up as to what’s going on with VOCAMERICA.

“As we get closer to June and our Kickstarter I have a new important announcement to make regarding who will be performing at Our concert. Our official final performer line up is:

Several of the names may be familiar to some fans while others may not know any of the voices listed. Below, you’ll find information on each of the performers.

DEX is a male English VOCALOID 4 voice bank voiced by Kenji-B, and is part of the DEX and DAINA voice duo. While the two can be purchased separately, they were made to work together and have designs that also follow a single theme as well.

DAINA is the other half of the DEX and DAINA duo. She is voiced by EmpathP and is a female VOCALOID 4 voice bank.

MAIKA is a Spanish VOCALOID 3 voice bank capable of many different languages thanks to extra phonemes. Even her official demos show her singing in Catalan, Portuguese, and Italian, as well as in Spanish. It’s unknown at this time if she will be featured singing in Spanish, English, or both.

Aiko Kikyuune is part of the Project UTAU XYZ UTAU production group. Voiced by MystSaphyr, she is a bilingual UTAU capable of Japanese and English. You can find more about the project here.

Namida used to be an UTAU but was retired. While those who own her voice bank can still use her, she is no longer available for download or purchase. Instead of completely getting rid of her, EmpathP turned her into the mascot for her record label: Empathy Studios. Namida is also a bilingual Japanese and English voice bank.

RUBY is an English VOCALOID 4 female vocal by Power FX and voiced by Misha.

She's a huge VOCALOID fan, a figure collector, and an all around nerd. Hoshi's been in the VOCALOID fandom since 2008 and has been a hardcore VOCALOID fan since 2013.
@VocaHoshi
Previous Facio Provides Free VSQX Project Files for Download!
Next Preorders Open For Nendoroid Co-de Hatsune Miku: Red Feather Community Chest Movement 70th Anniversary Commemoration