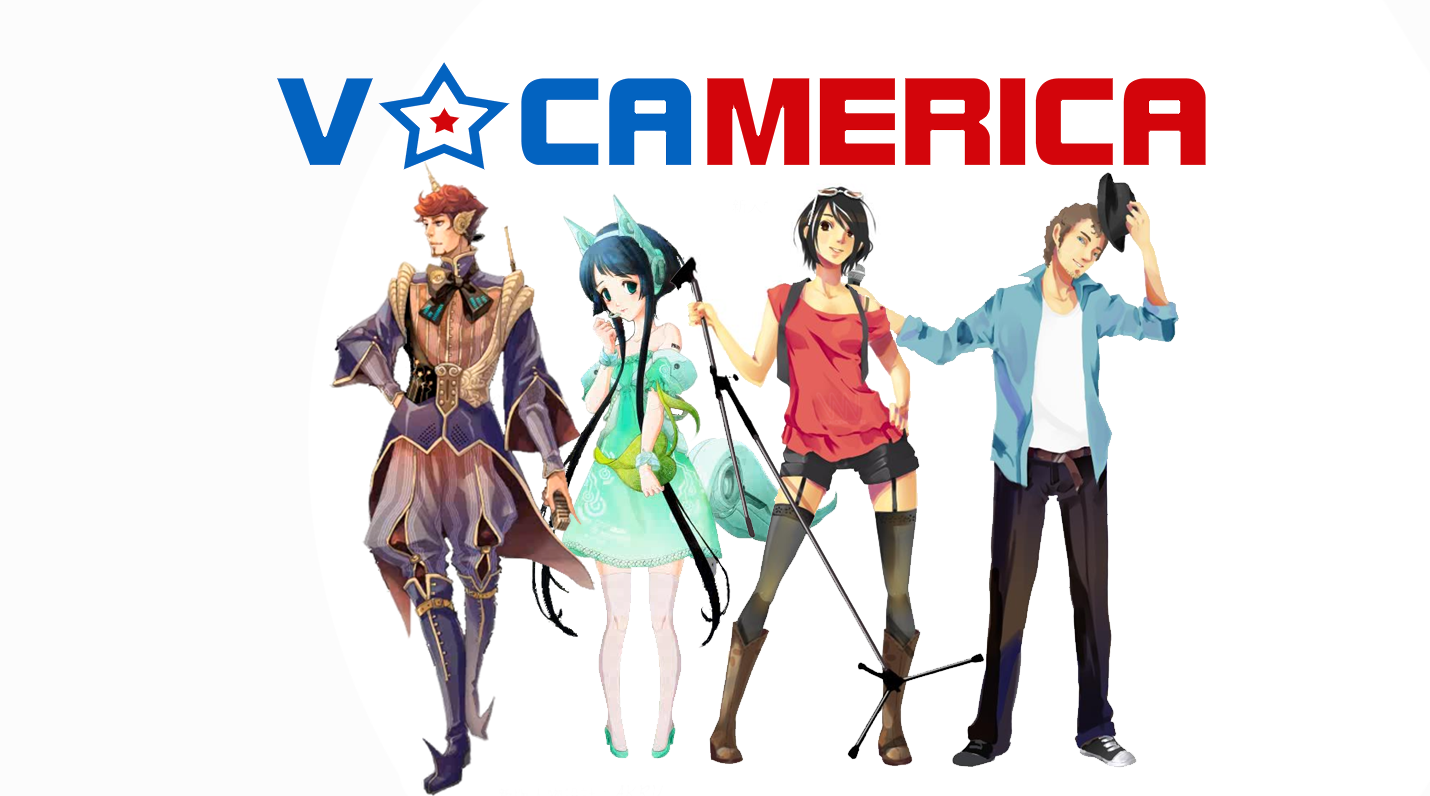 You know what they say: It’s not over ’til it’s over. And that is definitely the case with VOCAMERICA. While EmpathP stated that she was done with the stretch goals, she’s given a surprise 24 hour challenge to unlock not one, not two, not even three, but FOUR more VOCALOID performers! In addition, we have a preview of the DAINA MMD model.

Okay guys, we have discussed it, and….well, as long as @AkuoSay and @YoiStyle are alright with it, we're gonna do it! STRETCH GOALS AWAY!

As @AkuoSay and @YoiStyle have given their OK, I'm going to let THEM choose the VOCALOIDS for the last stretch goal(s)

YoiStyle and Akuo were both game for more performers, so EmpathP let them choose the stretch goals. To the surprise of everyone, these guys are going all or nothing. These two new stretch goals both feature two VOCALOIDs each!

EmpathP has stated that she’s once again perfectly okay with these performers not being added and asks that fans not stress about getting them. However, many have already expressed their excitement.

For $20,000 USD, both Tonio and Prima will be unlocked. It appears VOCAMERICA may have plans to use the Taiwanese designs of the two, as they are what’s featured in the stretch goal banner.

After this stretch goal is the $30,000 equipment upgrade, the $50,000 Motion Trace Upgrade, and then the $100,000 equipment upgrade. While the original designs were used for the Kickstarter banner, EmpathP states this is only because the newer art got very pixelated when she tried to size it to fit in the banner.

Will There Be Keychains?

Due to how last minute these four are, there won’t be free keychains for Kickstarter backers. However, backers will receive a discount code to buy the keychains when they’re released in the future.

The VOCAMERICA stretch goal performers will be added to the concerts slowly but steadily. For the first or second concert after NekoCon, AVANNA will be added. The next concert will have OLIVER added. This pattern will continue for as long as possible in order to keep the concerts fresh and new.

In addition to the stretch goal additions, YoiStyle also posted a reveal of the DAINA MMD. While it’s not finished, he says it should be done soon.

We've discussed it, and we WILL be adding 1 Japanese song which will be covered at the #VOCAMERICA concert. Special thanks to @_MitchieM

EmpathP will be featuring a song by Mitchie M !

She's a huge VOCALOID fan, a figure collector, and an all around nerd. Hoshi's been in the VOCALOID fandom since 2008 and has been a hardcore VOCALOID fan since 2013.
@VocaHoshi
Previous Luo Tianyi’s V4 at Bilibili Macro Link!
Next Zyon’s “Zing and Memu” GIF Set Now Available for Download!