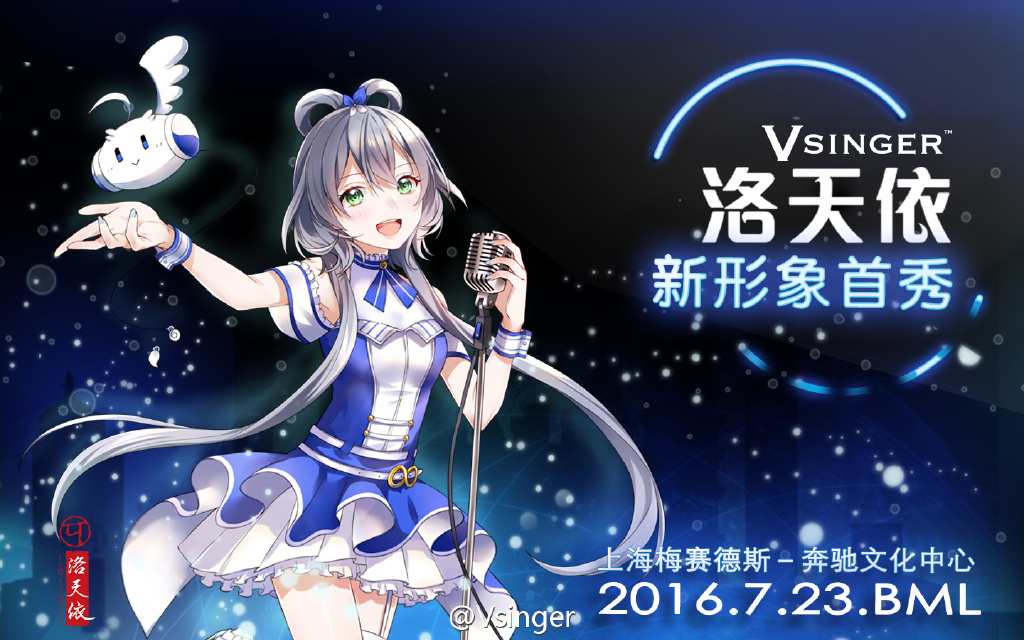 During the weekend, Luo Tianyi made an appearance on Bilibili Macro Link where fans got to hear her v4 voice bank for the first time. Luo Tianyi had a live performance consisting of three songs.

The first song she performed was “66CCFF” using her V3 design.

After a short build up announcing Tianyi’s new V4, the second song began. This was her newest demo song showcasing her “POWER” voice bank, titled “夜舞 (Dance in the night)“, however, this time using a different model and costume. That being said, this is not her final V4 design as Vsinger mentioned that this was going to be her performance costume. There is still no official word on what the final design is or who the illustrator will be. We will make sure to make an update as soon as we have official confirmation.

Her third song was “CONNECT~心的连接~” using her V4 voice bank, an older song but one that is very well-known and is the perfect song to play at a Bilibili event. She also wore the same outfit as above for this song.

As soon as we get information on Luo Tianyi’s final V4 design, we will be sure to make an update. Stay tuned!

Special thanks to Louis from our Chinese section of VNN and admin of the Chinese VOCALOID Facebook fan page for the screenshots of the show.