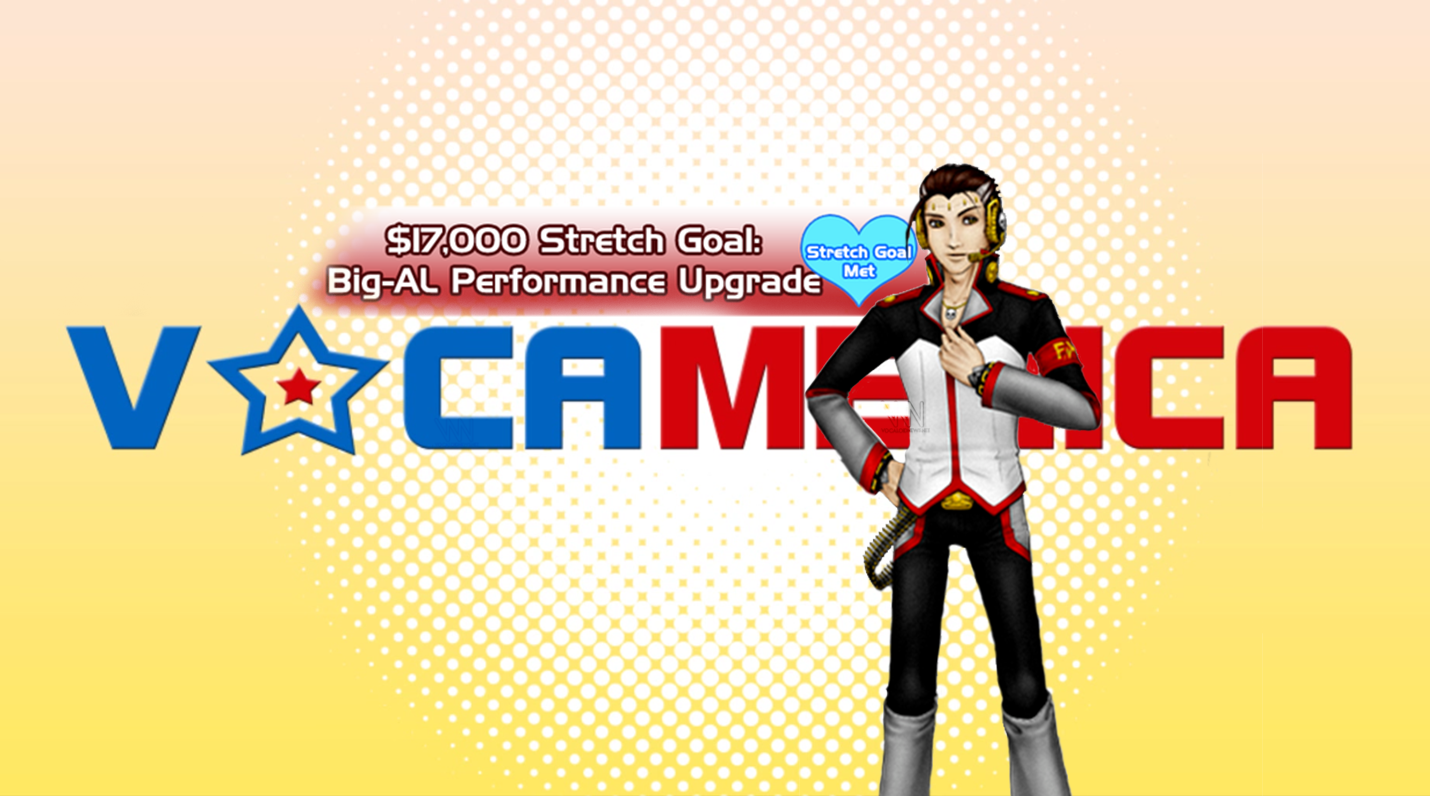 This round of VOCAMERICA updates comes with all the hype. The VOCAMERICA Kickstarter has less than 2 days to go and hit $18,000 USD, passing the BIG AL Stretch Goal by over $1,000. In addition, EmpathP has received the first batch of keychains, and also announced a song and a few performers who will be in future concerts.

Yesterday, EmpathP announced a last minute stretch goal. While she said that she wouldn’t mind if it wasn’t met and that the fans had done more than enough, the fandom unlocked BIG AL. Now all of the Stretch Goal performers are once again unlocked. In future concerts, fans can expect to see AVANNA, OLIVER, YOHIOloid, SONiKA, and BIG AL. EmpathP confirmed that she’ll add a BIG AL keychain to all $15+ Kickstarter Backer pledges as well. This makes the total keychain count a whopping 17 key chains.

EmpathP won’t add any more stretch goals. For the moment, she wants to focus on the performers that VOCAMERICA has. However, she has confirmed that Sweet ANN and LOLA will perform in later concerts since there are already models of the two.

So, for this Kickstarter, the remaining stretch goals are as follows:

$35,000 PROJECTION EQUIPMENT UPGRADE #1: at $35,000 we will have the funds we need to buy a higher grade of projector then our current model. This means our performers will be brighter, and the hologram will appear more realistic.

$50,000 MOTION CAPTURE EQUIPMENT UPGRADE: at $50,000 we will have the funds we need to obtain our first motion capture system. This means will not have to rely ONLY on motion trace techniques to animate our performances and will be able to create animations that much faster.

$100,000 PROJECTION EQUIPMENT UPGRADE #2: at $100,000 we will have the funds we need to get our ideal projection system. This means our holograms will appear the brightest and grandest that we will possibly be able to make them.

While none of the remaining stretch goals are directly performer related, they will all improve the quality of the performers. Want your favorite Western VOCALOID to look and dance their best? That would be the $100,000 stretch goal!

EmpathP uploaded pictures of the regular DEX and DAINA keychains today! She’s very pleased with how they turned out. At the moment, the keychains have bells on them. However, she may change this in the future.

They're so cute!…These ones are mine XD haha! #VOCAMERICA pic.twitter.com/RQ9kAK82lW

Fans who want one of these keychains can donate $15 USD to the Kickstarter to ensure they get one. If they would like both, they can donate $20. As mentioned before, all of the performer keychains will be available at every tier. You don’t have to get the DEX and DAINA keychains at the $20 tier.

Finally, EmpathP gave a shout out to niki. She thanked the Japanese producer for allowing her to feature the song “SILENCE” in a future concert. This song features AVANNA, the first stretch goal VOCALOID.

She's a huge VOCALOID fan, a figure collector, and an all around nerd. Hoshi's been in the VOCALOID fandom since 2008 and has been a hardcore VOCALOID fan since 2013.
@VocaHoshi
Previous Vsinger’s “Language of Flower” Mini Figures International Pre-Orders Are Now Open!
Next Luo Tianyi’s V4 at Bilibili Macro Link!