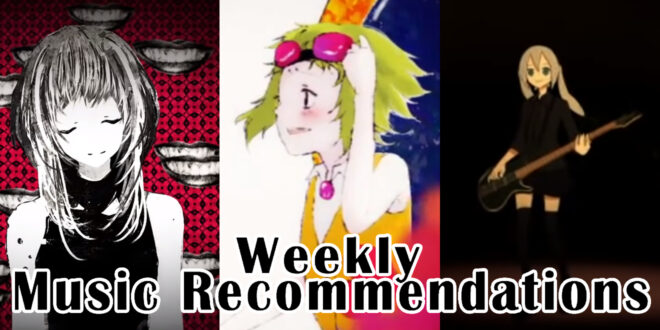 Welcome to another set of weekly music recommendations! I have so many more songs to offer this week!

And I do want to give an apology for why there wasn’t any blogs lately. I’m having memory problems and I kept forgetting to do this blog! But no worries, I’m back to share my 5 years of deep knowledge about Vocaloid! So here we go!

This song is one of the most lit songs I’ve ever heard!! There’s even a remix of this song that hits even harder than this version. Once the beat drops you’re definitely gonna drop on the floor on how hard this beat drops.. to me it did. Now, this producer in my opinion is a one hit wonder because even though he still uploads, only his Halloween songs are an absolute banger. But it’s only in my taste. You might like his songs! So I suggest you check him out!

I’m pretty sure you guys know hachi.. other wise known as kenshi yonezu. His early works consists of the most famous Vocaloid songs: Matroyoshka, Panda Hero, World’s End Umbrella, Open close demons and the dead. Now he makes other songs using his beautiful voice called Peace Sign (And as a boku no hero academia fan you should know) and Lemon. But this song to me is a personal favorite of his. It sounds so simple, but it really gives me nostalgic moments even though I’ve never listened to this song before 2015. Out of all of his songs, this song is my #1 favorite… besides world’s end umbrella. Well, that’s tied in my eyes. Definitely check out hachi’s lesser known songs they’re really awesome!

For Sasakure, campanella is one of my favorite songs as it gives me complete nostalgic moments and it reminds me of when I was 6 or 7. This is one of my personal favorite songs, but not my favorite song. sasakure.UK is very known for his chiptune songs with his most famous song hello planet, then 39 (Collab with Deco 27), and spider thread monopoly. He still makes new songs and I suggest you check his songs out!

I adore this song!! Super addictive in the middle part!! I could only post a niconicodouga video because they don’t upload on YouTube. They are not a well known producer at all. In fact, this is probably the only song they have made. Even so, I suggest you check out their MyList because their could be more songs.

That’s it for this week! Tune in next week!! 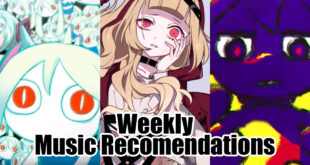