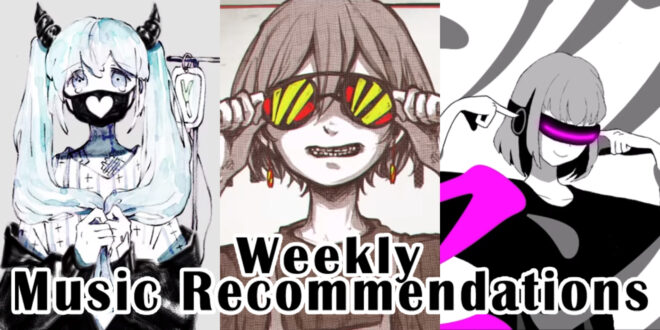 Today, I want to showcase some new producers and an old song you’ve probably haven’t heard of. Starting with the first one!


r-906 is relatively new and the first moment I heard this song it was an immediate bop!! It was hard to find the name of the song in English so I had to translate it. Lucky me, I can read hiragana!

He has more songs I really like! I suggest you check this person out!


If you have heard of “one off mind” this is another of his. I was confused if I could call this one van de shop or bee shop since he made “one off mind” with van de shop. But this song is a definite banger!! This song includes Miku and Meiko diets which there shall be MORE of but this is perfectly awesome!!

Check out more of their songs!!


When I first heard this song I immediately put it on loop!! You gotta listen to more of Misumi they are awesome!! Misumi also has songs like alter ego that I really love!! You have to check it out!!


This is one of his popular songs that I don’t hear people talk about, this song was around the Vocaloid community even when it came out but this song is a straight up bop!!

You also have to check out his other songs. One of his songs was used as the ending song for one of the Nico Nico chokai concerts.

THIS SONG IS LIT!! I discovered this song when CircusP made a cover of this using zunko. This song deserves more recognition because it got me shaking when I first heard this song.

If you don’t know KagomeP, his first song is the song you see on almost every spooky Halloween Vocaloid song list, which is Kagome, Kagome (Circle, circle). Despite the grotesque theme, this song is a head banger!!


That’s it guys!! Join me next week for 5 new songs/producers!! And remember to check their other songs out!!