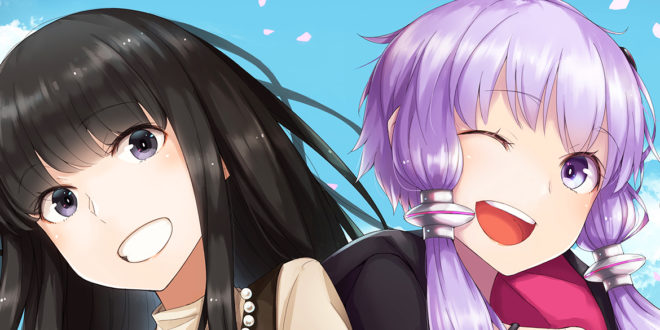 Yuzuki Yukari‘s voice provider, Chihiro Ishiguro, has created her own company called Chihilab! She has already released two songs, ‘Kirakira ☆ jump’ and ‘I hate you’, which are both duets between her and Yukari.

Kirakira ☆ jump is the first original song on Chihilab! It has an upbeat, energetic feel to it. The song was composed by ChomP, illustrated by HiroakiWatanabe and the video was edited by Suzuki Kanibi.

Watch the cute and colourful music video on YouTube below!

In contrast, ‘I hate you’ is a grittier song with an attitude and cool a edge to it. This song was composed by Takahisa Okubo, who also edited the video and the illustrations were drawn by zoruboi.

Check out the cool music video below!

We look forward to seeing what the future holds for Chihilab!

For now, if you would like more information on Chihilab or simply want to follow Chihiro’s work, check out the links below.

Jade is an artist, writer and musician based in the UK, who has a particular fondness for Vocaloids. Her favourite loids are Fukase, Oliver, Gumi and IA.
@jadekaibap
Previous New Official “Yuzuki Yukari Daily Stickers” LINE Sticker Set Available!
Next 初音ミク Project DIVA MEGA39’s announced for Nintendo Switch!