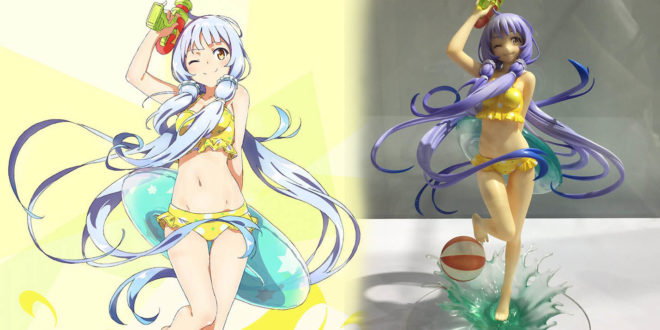 Fans following the HobbyMax Twitter likely saw them hard at work this weekend painting a figure during Comicup. And, of course, this figure was none other than Stardust! They announced that they would paint the figure live during Comicup in Shanghai and they didn’t disappoint! We now have pictures of the finished 1/8 scaled Stardust Swimsuit ver. figure! 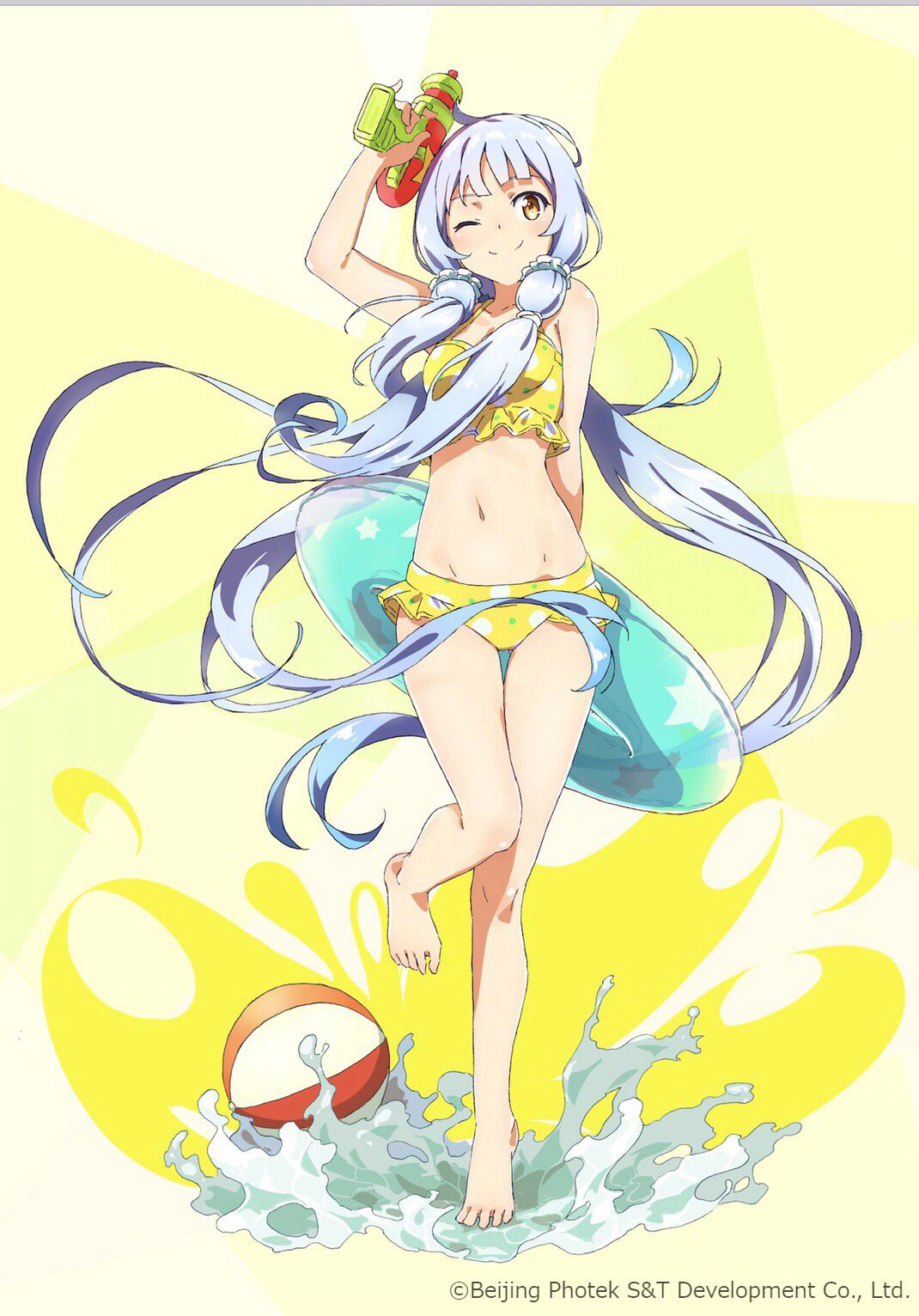 The 1/8 scaled figure is based on an illustration by TOMATO for bonuses in the newest Stardust album. While it isn’t the main art for the album, it definitely took on a life of its own by becoming the inspiration for Stardust’s second figure! 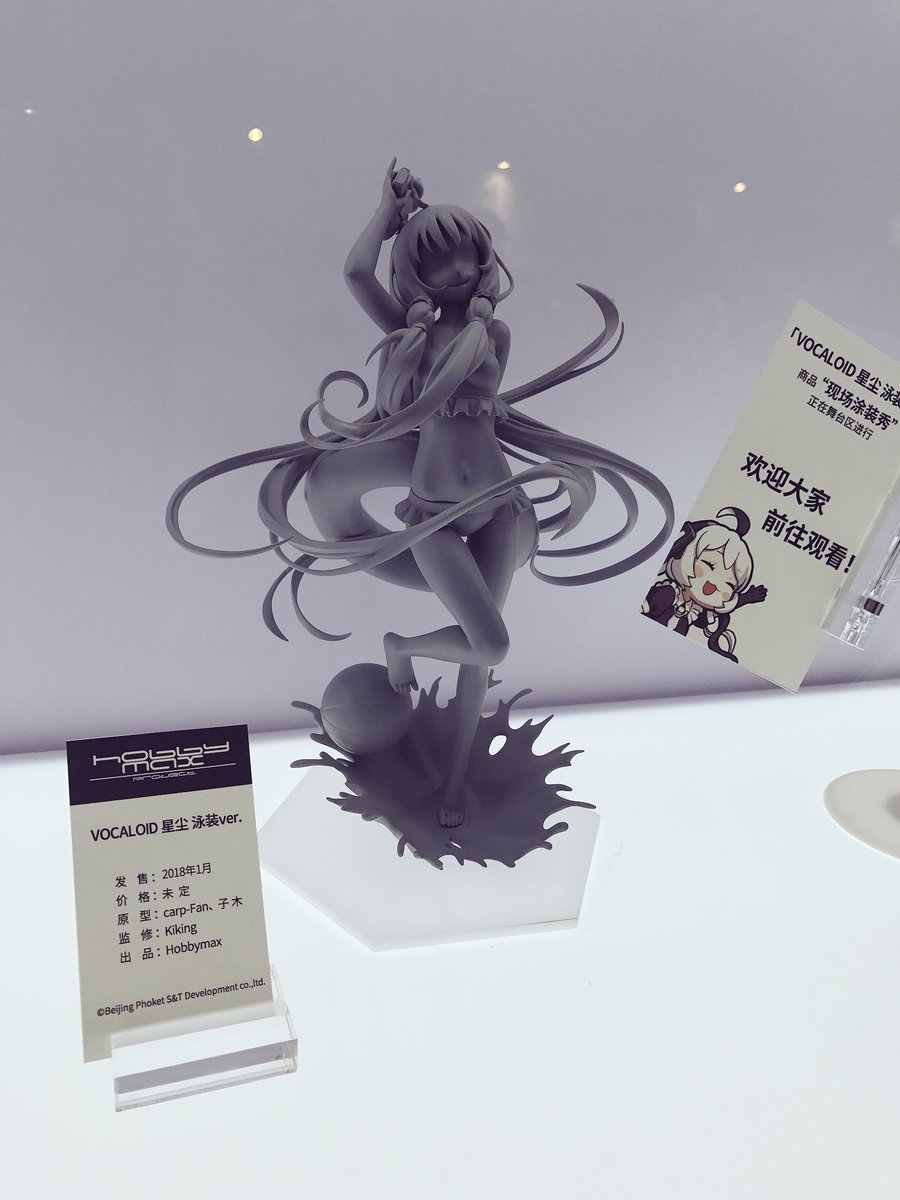 The unpainted prototype was revealed before Comicup with a special announcement. Despite her unpainted appearance at that moment, she’d be fully painted by the end of that weekend! Not only did this give fans a chance to see what goes into making a prototype, but also how long it takes. HobbyMax was working until the last minute to finish Stardust before Comicup was over!

If you’d like to see all of the pictures of the live painting, be sure to check out HobbyMax’s Twitter! Here are some of the highlights from Twitter.

“Her face is complete!”

In addition, HobbyMax uploaded a lot more pictures on Weibo. While we can’t feature them all, here are some highlights from the Weibo posts. 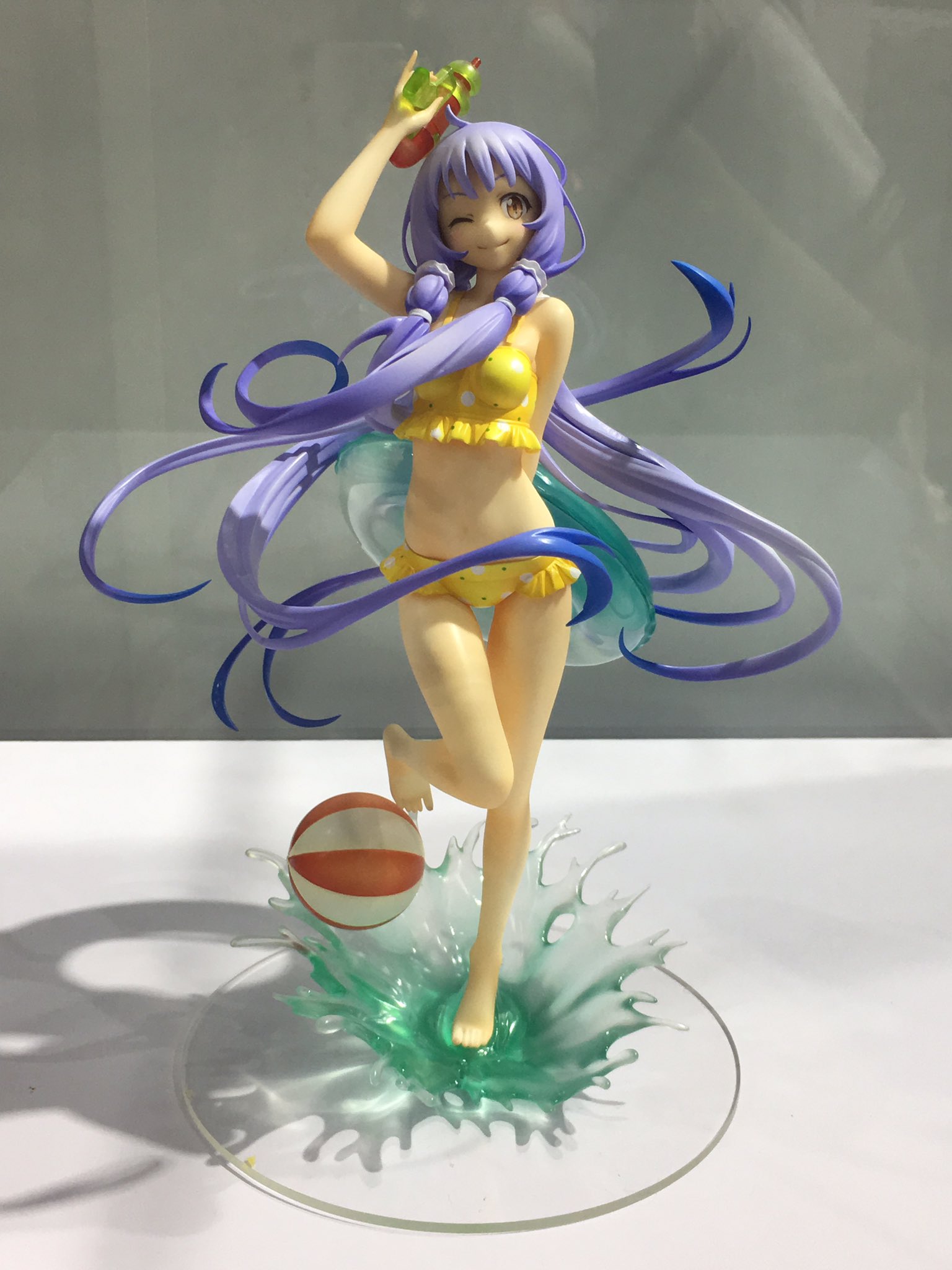 First and foremost, please remember that this is a prototype and not photographed in the best of lighting. Colors may vary slightly and the best way to judge a figure is by its official product photos when those are released. Until then, this is to give you an idea of what the figure looks like.

Nonetheless, she’s extremely adorable! The details on the figure are very well done and this is definitely going to be a must-have for Stardust fans.

For more information, be sure to stay tuned to VNN. You can also follow HobbyMax’s Twitter for more updates!

Get Your Stardust Fix Now 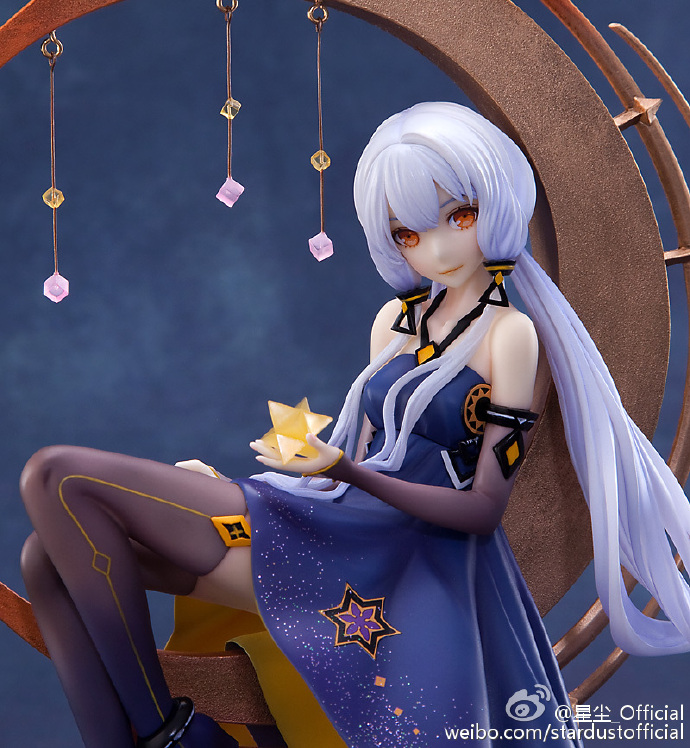 And if you’d like some Chinese VOCALOID figures right now, well, you can’t really have them in this very moment but you can order these Vsinger Mini Desktop Figures and they’ll be shipped within two business days! Grab them here while you can! They’re only $50.40 USD!

In addition, any orders during the month of May will enter you for a chance to win prizes in TOM’s Otaku Dream Giveaway! Each order counts as an entry.

She's a huge VOCALOID fan, a figure collector, and an all around nerd. Hoshi's been in the VOCALOID fandom since 2008 and has been a hardcore VOCALOID fan since 2013.
@VocaHoshi
Previous New Stardust Album “Butterfly Traveler” Now Available
Next Karumo Type Hatsune Miku Model Released For MikuMikuDance