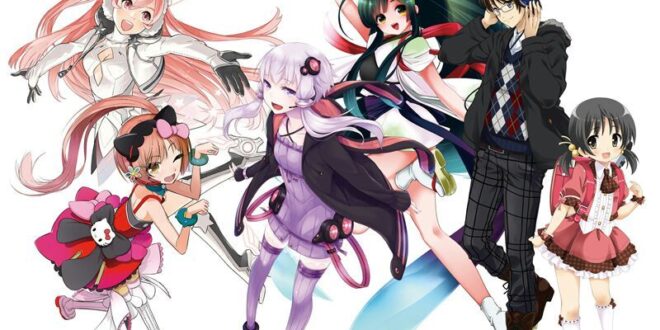 Fans of AHS VOCALOIDs, rejoice! In honor of the company’s 10th anniversary, a contest has been announced by EHAMIC to celebrate the event!

AH Software Co., Ltd is the company responsible for the VOCALOIDs such as sf-a2 miki, Kaai Yuki and Hiyama Kiyoteru. These character vocals are AHS’ first foray into singing software from back in 2009.

Since then, several more vocals have since been released, such as Nekomura Iroha, Yuzuki Yukari, Tohoku Zunko, Macne Nana, Kizuna Akari and Haruno Sora.

Deespite a healthy library of VOCALOID and VOICEROID voicebanks alike, AH Soft has been tragically lacking in recognition and appreciation despite their 10 year tenure.

Luckily, one longtime fan and producer is looking to change that.

EHAMIC, writer of over 70 songs and well-respected contributor to the VOCALOID community, has taken it upon himself to put together this contest!

According to the producer, the event is being held to mark the 10th anniversary with some much needed appreciation for AHS.

He laments that there aren’t very many events going on in 2019, especially in the realm of Yukari and friends’ company. So in order to reconcile this, he’s decided to put the project together, himself!

In order to enter the song contest, entrants need to make sure they can meet all of the following requirements.

The song contest will end on two dates. The earliest submissions are accepted is September 10th. This is available if you need your song to be mixed down by someone else.

With this method, you can send in the .wav file raw, and it will be mixed by a participant in the judging panel.

Otherwise, the deadline is September 20th if you send in your song fully mixed.

The contest for the album art has a good number of similarities to the song conest, but just a few notable differences to keep in mind!

The deadline for the art contest is September 10th, and there won’t be an extension! Get to work quickly if you wish to contribute!

EHAMIC hasn’t decided how many prizes will be given out to either participants or just to the winners, but he has told us what exactly the prizes will be despite who gets them.

This article will be updated with more information as it comes out! Please be patient while we wait with EHAMIC to decide what all will come of this contest.

He does note that because it is being produced by the fan community and not the company itself, it is not clear how much will go into the financials of putting this album together, let alone the prizes for the contest.

He does suggest that further prizes beyond the CD itself are in the works, however, so stay tuned! There’s no telling what could come of this love letter to AHS.

EHAMIC explains in the extended contest post that he intends to have the CD put together and published by October 20th.

His wish is to have the physical CD brought to AH Software’s studio, as a gift to thank them for all their hard work!

He wants any fans who can go to Tokyo to bring a copy of the CD to present to AHS staff with him, so that more AHS employees can have this album as a gift.

The presentation to the staff will be roughly around November 17th. However, it’s possible the date will shift later on. We’ll keep you posted on future updates!

The CD will be available to purchase and will be given out to winners and participants as well, so don’t worry!

The contest will be ending nearly a month from now, so if you wish to get your shot in, now’s the time!