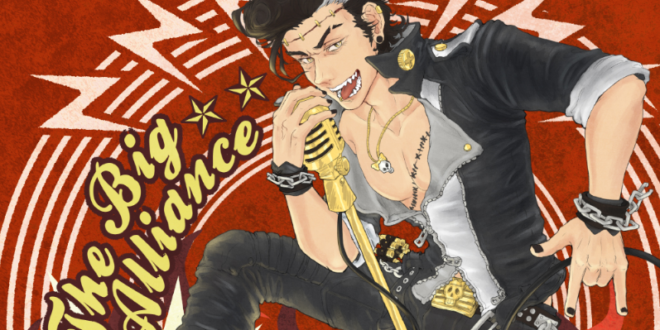 Longtime fans of the iconic VOCALOID2 Big AL will be getting a gift this year for his tenth anniversary!

The project was started by The Big Alliance Twitter, a group dedicated to celebrating Big AL’s tenth year. According to The Big Alliance, the album comes with twelve tracks which are exclusives from Western producers!

Additionally, the album will be available both in digital and physical formats. Set for a December 22, 2019 release, we have more details, below!

Now, for fans interested in supporting Big AL, the digital edition is $10 USD. This edition includes;

Not only that but the artist Accelastar designed the cover! What’s not to love about this album?

The physical album is priced $15 USD, and comes with several bonuses!

Furthermore, the physical version will be shipping out on December 22, 2019!

As of now, there are twelve tracks full of wonderfully talented artists! Here’s the official list.

Not only that, but all proceeds will be donated to Musicians Without Borders!

Which track are you most excited for? Let us know in the comments!

is a digital artist, musician and writer, and a longtime fan of VOCALOID since 2009! Favorite voice synths are Stardust, Dex, Cangqiong and Piko without a doubt. Is probably playing video games when she isn't working.
@yomomoikun
Previous Sega MegaMix T-Shirt Contest
Next Hatsune Miku Precious Figure F Miku -Special Edition- Open For Preorder