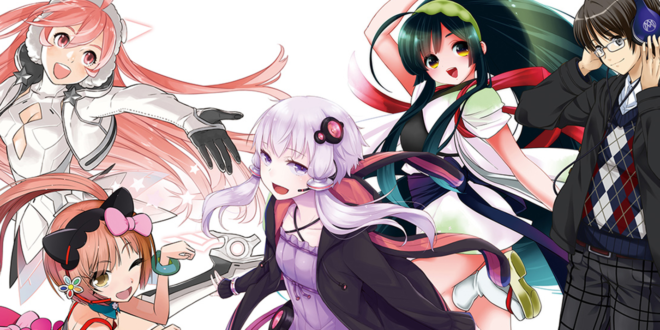 Create Your Own Fanloids with AHS VOCALOIDs!

While many VOCALOID voice banks are only able to cross synthesize with themselves, AHS recently announced quite the game changer. All AHS V3 and V4 voices minus Kaai Yuki will soon be capable of cross synthesizing with each other! This will allow you to create your own fanloids with AHS VOCALOIDs!

The VOCALOIDs that will be capable of cross synthesizing with each other are:

Of course, you’ll have to own these VOCALOIDs to use their voice banks. You can buy digital downloads of Kiyoteru Natural and Rock, Iroha Natural and Soft, and miki Natural at the online VOCALOID store. You can also purchase copies of AHS VOCALOIDs from AHS’s online store. Plus, Kiyoteru’s V4 starter pack is still available on CD Japan if you’d like a physical version! To top it off, the starter pack also comes with the VOCALOID 4 Editor, letting anyone without it start right away!

In addition, AHS gave an example of this new cross synthesis during their latest live stream. Start around the 1:18:00 mark to get a listen!

We’ll all be looking forward to the new addition to cross synthesis capabilities. AHS is actually encouraging fans to use this to create their own fanloids as well! And with so many voices to choose from, the possibilities are endless.

So stay tuned for more information on this as it surfaces! We’ll be sure to let fans know when AHS releases any updates.

She's a huge VOCALOID fan, a figure collector, and an all around nerd. Hoshi's been in the VOCALOID fandom since 2008 and has been a hardcore VOCALOID fan since 2013.
@VocaHoshi
Previous “Exit Tunes Presents Kaitonation” Set for December Release!
Next Tohoku Zunko V4 and Kiritan VOICEROID+ Announced Plus Anime Updates!