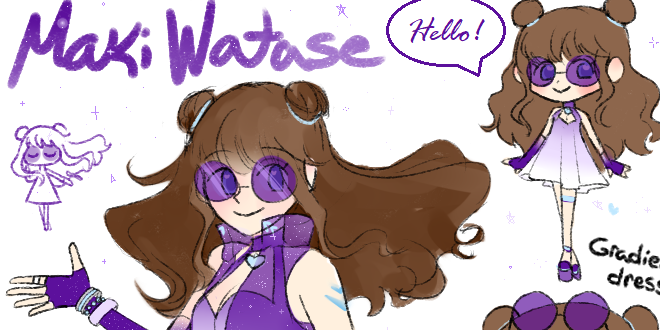 As many of you know, the engine DeepVocal was released two days ago by Boxstar! Since then many vocals have been created and are beginning to release, but this one was a very big surprise. Crusher-P, the songwriter behind the hit song, ECHO, has released a voicebank for her character on the engine!

Maki Watase, 渡瀬マキ, debuted initially in 2009 as a CV UTAU! Over the years she’s gone through numerous phases, from a CV to a VCV! For her 10 year anniversary, she’s gotten a new look and this new DeepVocal voicebank. Will it be the only one? Who knows! We hope she prospers and brings light to this new engine.

The voicebank released is a public beta and can be downloaded here. It’s a Japanese library able to recognize romaji and hiragana, with ending breaths aliased as “H”, and 4 pitches (“Timbres” in DeepVocal). Included with the download link is a bug report form to improve the vocal for it’s full release. The vocal programming for DeepVocal was done by Infoholic. (Me!) Have a listen below!

Chorical CEO and vocal synth fan since 2013! Has a huge heart for all vocal synths, no matter what the quality.
@infoholichan
Previous Gift Kagamine Rin & Len “BRING IT ON” Plushies to be Available at Magical Mirai 2019!
Next Chugai Mining Reveals Plastic Bottles Holders for Magical Mirai 2019!