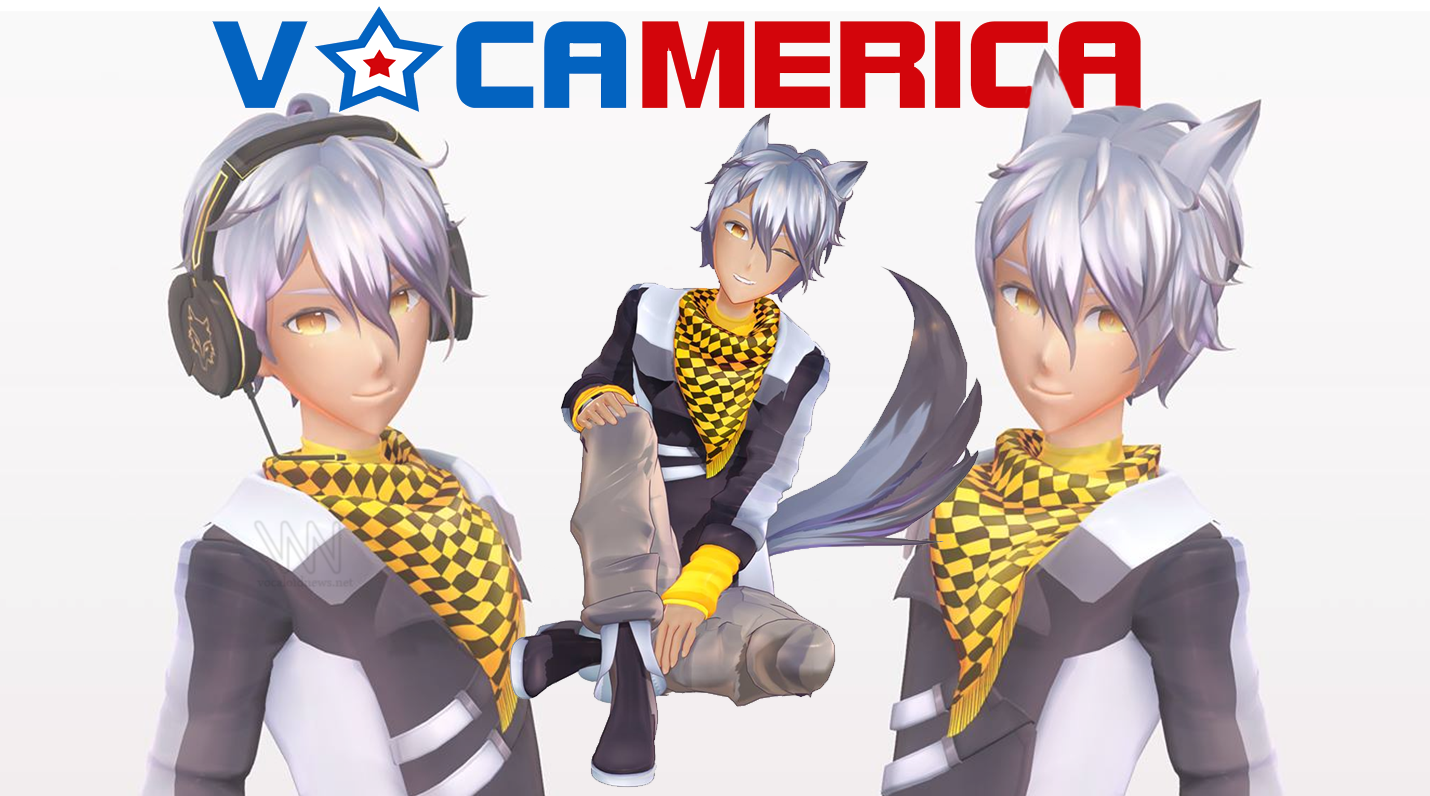 EmpathP revealed in a recent Q&A stream that the Kickstarter for VOCAMERICA is set to start no later than June 28th and that she was waiting on the DEX MMD model so that the Kickstarter video could be made. She and Yoistyle both teased images of the new model, and yesterday, EmpathP made a post on Vocaloid Amino featuring the DEX model.

Please note that this is just a physics test. The song is not part of the concert’s set list and neither is the dance. According to EmpathP, this dance (originally made for LAT style models) only uses about 75% of the bones DEX has, hence why he appears slightly stiff.

DEX's model is really really expressive. I just edited one slider in all of these. (#VOCAMERICA expression test) pic.twitter.com/2KkennYGh7

Kenji-B noted that the DEX model is incredibly expressive. He created completely different expressions by changing a single slider in each picture.

In addition to his box art design, the DEX model also has ears and a tail for his kemonomimi design.

The physics for all of the concert models will be different from those of regular MMD models.

“The clothes move with the body, instead of on their own and the hair flows smooth but is stiff in places to keep its fluffy shape. The ears and tail (which you don’t see) have been programmed with the same physics so that they won’t get caught on the body during dances.” – EmpathP’s post on Vocaloid Amino

How to Get the Model

All of the VOCAMERICA models will be available in the Kickstarter. The Platinum Tier, which costs $100 USD, will consist of all of the MMD models (DEX, DAINA, RUBY, MAIKA, Namida, and Aiko Kikyuune) as well as other digital and physical prizes. For more information on the revealed Kickstarter rewards, check out our previous article.