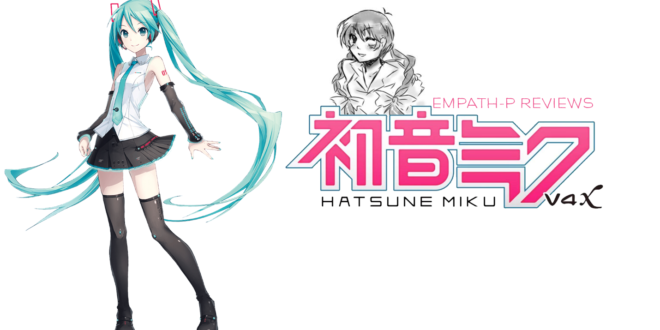 With the recent release of Hatsune Miku V4X, tons of fans were hyped. Today, we are bringing you a review from the producer EmpathP. Below is her review. 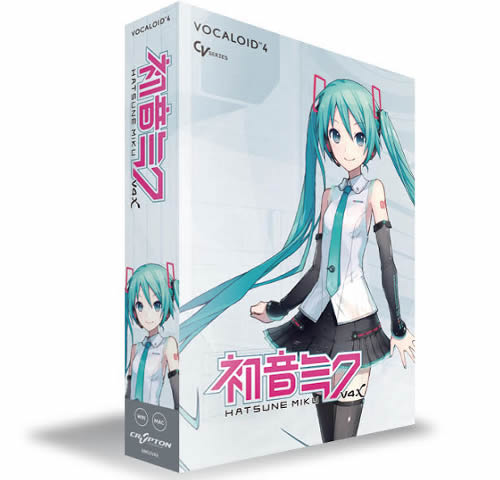 As Hatsune Miku V4X has recently stormed onto the stage in the world of new Vocaloid releases, I would like to share my opinions on her English capabilities, as well as her overall software as a whole. Keep in mind, I’m going to state some things about the production of Miku V4X which I do not know for sure are FACT. I’m only stating them as assumptions on the part of someone who now works in the production of English Vocaloids for western companies, and as someone who has been working with this software for several years as a music producer.

First off, Miku’s quality is good. It’s not great, or even fantastic, but it’s good. It’s the quality I’ve come to expect from Crypton Future Media, which is a good thing. I wasn’t blown away by Miku V4X, she didn’t bring anything new to the table, nor did she have some amazing new feature that made her hold her up on a pedestal to separate her from any other release made this year. She was very much what I expected: a nice upgrade to follow the Miku V3 update with some new recordings, some new features, and improvements on past pronunciation.

I do have an issue with their recording process, however. Now, I could be completely and totally wrong to assume this, but to my own ear it sounds like Crypton records their Vocaloids in Stereo rather than Mono. All of the Western companies I’ve worked with have recorded their Vocaloids in Mono. This allows for a crisper sound, less chance of background noise, and a more centralized vocal tone. If Crypton does indeed record their vocaloids in Stereo, I hate to say it, but I think it’s affecting the quality of the final software. It’s not enough that a layman would notice, but it’s enough that I myself notice. But keep in mind, this is all assumptions, I have no proof that they do this beyond my own hearing.

In regards to that pronunciation, I must be completely and totally honest: she is still heavily accented. Now, she is not as bad as she once was. Miku V3 was far more accented in comparison. But, when compared to some of Crypton’s other voicebanks, she is without a doubt more difficult to understand than others. This isn’t exactly a bad thing, each English bank brings to it its own qualities, and the fact that Miku is so accented sets her apart. And like I said, there were MAJOR improvements to her pronunciation. I have to admit, I was not expecting her to be any less accented then what she currently is. The fact of the matter is, she’s voiced by a woman who does not speak English. It would be impossible for anyone to expect for her English voicebank to sound like something similar to the western companies who work with voice providers who speak fluent English.

A good comparison is the Vocaloid YOHIOloid and his Japanese (and English) voicebank. YOHIOloid was created using samples of the singer, YOHIO’s voice. YOHIO is a Swedish rock star who has learned to speak fluent Japanese. However just because he speaks Japanese fluently does not mean he has a natural Japanese accent. As such, that accent translated over to his Vocaloid’s Japanese voicebank. The results were not terrible, and were incredibly charming in my mind. But, Japanese Vocaloid producers can hear the accent, and it’s obvious to him. Even YOHIOloid’s English voicebank was not immune to accents, and YOHIOloid’s Swedish accent (while incredibly subtle when he sings), came through in the recordings due to how the script was written. Thus, when it comes to Miku V4X, I feel that she is an adequate update to Miku V3, and a charming voicebank overall. Would I recommend her to people who are beginners and want to start making English Vocaloid music? Honestly, no, she is still very much a Japanese Vocaloid and shines best when singing in Japanese. But, I WOULD recommend her to seasoned Vocaloid users, or to Vocaloid users looking to try something new or expand their horizons. I am glad I was given the opportunity to use her software and I’m even more grateful that Crypton seems to be reaching more and more out to the western world when it comes to their new releases.

Special thanks to EmpathP for allowing VNN to publish this review.

For more information on EmpathP and her social media accounts, click here.

A virtual singer lover with a dream of connecting the world of virtual singers together through VNN. Monds is also a huge rhythm game fan/player on his spare time.
@monds1234
Previous Nendoroid Hatsune Miku: Magical Mirai 2016 Ver. Now Available for Preorder
Next VNN’s Partnership with VoxWave! 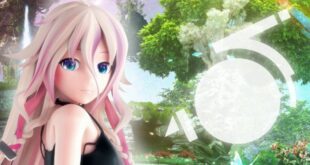 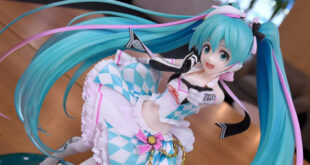