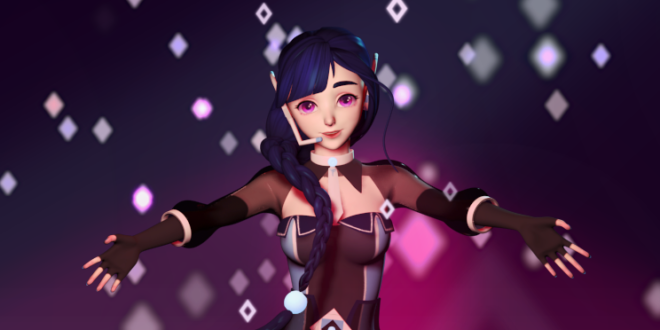 Three months ago, the channel “France 3 Paris Île-de-France” covered the first French Japanese virtual singer and the preparations for her upcoming concert. With the concert approaching, the video is still relevant!

Note: Due to being translated from French, the meaning of the quotes may differ slightly. We tried to keep it as close to the original meaning as possible.

To learn more about ALYS and her concert “Rêve de Machine”, please read her dedicated article or watch the associated trailer.

The coverage takes us to VoxWave’s office with Joffrey, the president of VoxWave. He briefly shows us the use of ALYS in the voice synthesis software “Alter/Ego” and explains that his goal is to create “the first musical instrument that can play vocals.”

We are then brought to the preparations for the concert. Instead of keeping to the classic projection of an MMD model (like the previous concerts), VoxWave starts by capturing the movements of a real dancer with motion capture. They then transmit the data onto a polygon that will take on the appearance of the ALYS avatar with the help of a professional 3D modeling software.

In the video, Inu-chan (Valentine) is the one covered with the motion capture pieces. When she dances, the 3D model collects the movements before reproducing them in the software. With this method, the model looks more realistic and alive as it takes on the exact motions of a real human. Inu-chan highlighted these qualities.

“When dancing, I try to give life to ALYS by giving her emotions, because she’s a virtual character.” – Inu-chan 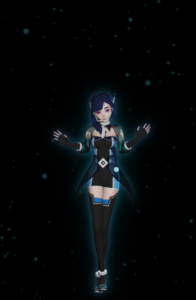 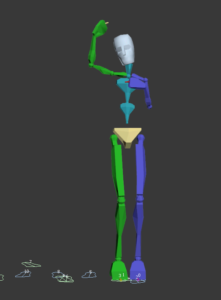 Sometimes, small bugs like proportion glitches occur. It’s then the 3D animators who set out to correct these flaws and make ALYS’ movements more fluid.

Unlike the classic business model of entertainers, VoxWave aims to involve the fans as much as possible in the production of their works. This is one of the reasons for the concerts. Joffrey addresses this from the fans perspective.

“It is not just the fact of consuming music or watching videos, it is also from the perspective of one day becoming a player in that universe. It’s a participatory culture.” – Joffrey

ALYS, alongside Lightning, will be in Paris for the first time for a live show over an hour-and-a-half long. Mark your calendar for December 17th! VoxWave will have a few surprises saved up just for the event!