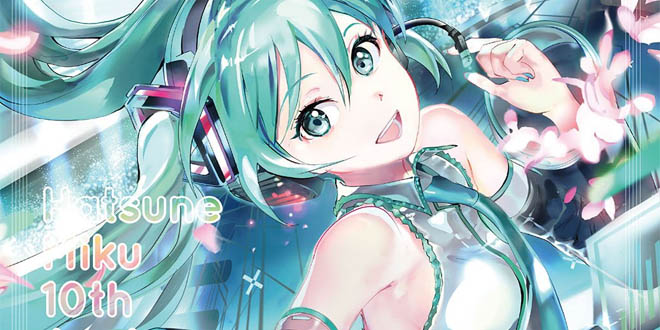 “Hatsune Miku 10th Anniversary Book” is up for Pre-Order!

KADOKAWA’s “Hatsune Miku 10th Anniversary Book” is up for pre-order on Amazon Japan to prepare for the VOCALOID’s soon-approaching 10th anniversary! The book contains a multitude of stuff including: interviews, CD’s, the history of Miku, and more! Shipping will begin on August 31st – Miku’s anniversary!

The book, of course, starts with the cover image:

Miku seems to be enjoying her performance! As she strikes a pose, it looks like she’s inviting you to to share her enthusiasm!

The book will also come with a bonus CD that features new songs by popular VOCALOID producers!

“Hatsune Miku 10th Anniversary Book” is currently up for pre-order only on Amazon Japan here for ￥3,240 Yen. Grab it while you can!