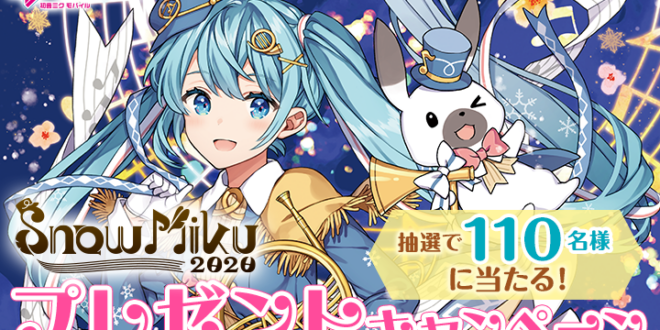 Hatsune Miku Mobile is holding an in-game gift campaign that allows you to obtain amazing goods and deals for SNOW MIKU 2020, according to official sources.

These goods include luxurious content that is exclusive to SNOW MIKU 2020 and we’ll detail them below:

We’re surely very excited for what’s to come and we cannot wait to check this amazing content as it releases! Let us know what you think in the comments!

@VNN_Spookie
Previous Hatsune Miku and other popular virtual singers are coming back to ALICE!
Next AHS Store Has New Akari and Tohoku Kiritan T-Shirts Available For Pre-Order!