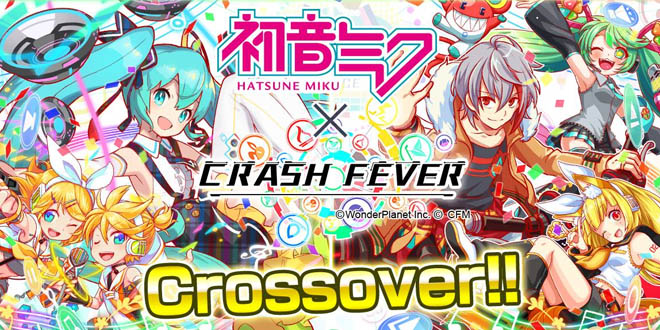 You can find information regarding all of the “Revival” content via our articles from last year. Please note that the quest rewards do not appear to be the same, and fans will not receive a Yukine for logging in, not even if they didn’t receive one last year.

This month the worlds of Crash Fever and Hatsune Miku will face each other once again. Gear up and get ready to witness…

As previously mentioned, the new events are all from the Japanese version of the collaboration that just ended not too long ago! We also have information in English on several of the new collaboration units.

In addition, KAITO and MEIKO finally have their 6* forms! They can be pulled from many of the collaboration Hatchers.

On the first day that you log in, you’ll receive a 6* Fruitful Future Hatsune Miku with nine bugs! If you log in for a total of 9 days during the event, you’ll be able to collect three 30 bug copies and Bugma your Miku! 30 bug units are received on the 3rd, 6th, and 9th logins.

In addition, you’ll also receive at least one Hatsune Miku Crossover Hatcher ticket each day. Days 1-8 reward fans with a single ticket, day 9 gives you two, and day 10 gives you another 3! 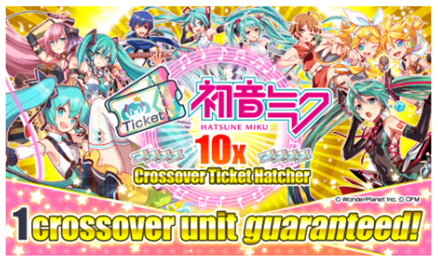 The first of two new quests run from now until February 28th at 00:59 Crash Fever time.

“Shrine Maiden Diva” is the typical Snow Miku quest. Complete the quest and receive Snow Miku 2018 as a reward. You can challenge the quest as much as you’d like and Bugma her if you want to!

“Standby Party!” is another standard quest with a twist. Instead of units dropping, Kagamine Rin and Len gift players with Music in the form of musical notes. These notes can then be exchanged in the “Miku Store” for units, Nurupons, and more!

Above, you can see the top items that the Miku Store has to offer, as well as the notes that drop during a quest clear. Remember to bring Bugma-ed units to the quest in order to collect even more music notes!

This quest has three levels of difficulty, each upping the challenge as well as the rewards.

4-Player clears automatically give players one “Historic Prayer Hatsune Miku” each.
In addition, Bugma units are once again valuable as there’s a chance this special Miku will drop as a Clear Bug bonus as well.

Ultimate difficulty also has a 100% drop rate for “Historic Prayer Hatsune Miku!” Be sure to work on all your other quests now so that you’ll be free when this quest begins! 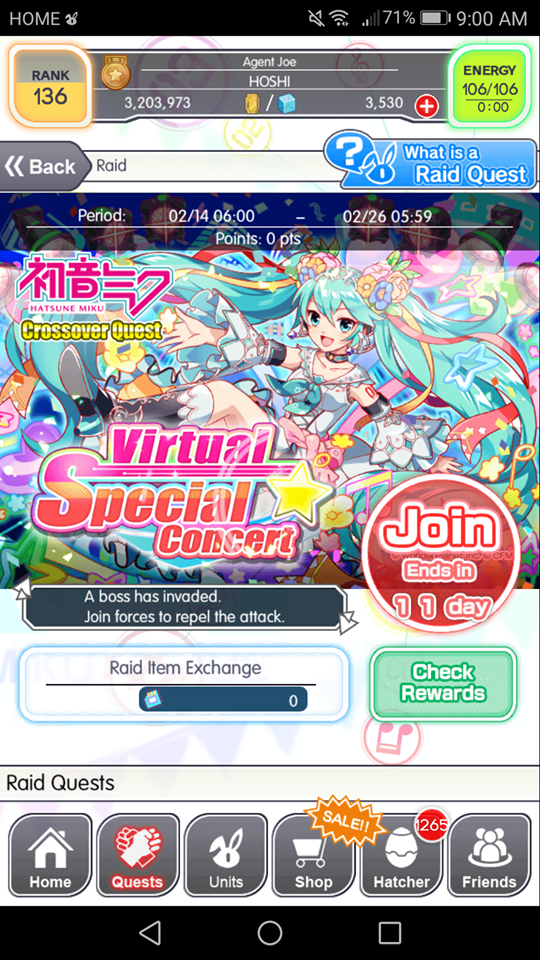 Global players were introduced to Raids just in time as this marks only the second raid in Crash Fever Global! Battle through the Raid by yourself or with others to collect chips and points. Chips are used in the Raid store while points accumulate and give fans special prizes as they gain them.

Please note that these are not all of the purchasable items, simply the ones that are likely to be the most sought-after.

She's a huge VOCALOID fan, a figure collector, and an all around nerd. Hoshi's been in the VOCALOID fandom since 2008 and has been a hardcore VOCALOID fan since 2013.
@VocaHoshi
Previous Movie Based on a Classic VOCALOID Song Announced!
Next KAITO 12th Anniversary Celebrations Commence!