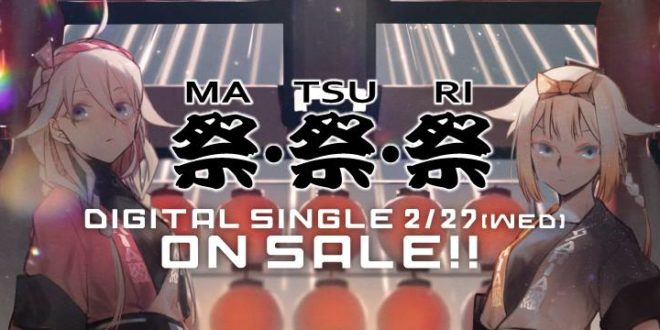 Almost a month has passed since IA and ONE‘s anniversary special talk and live, and it’s now time for the two divas to release their anniversary theme song to the public in a higher quality as well as its full version!

Join the Festival with the ARIA Sisters!

IA and ONE’s duet “MA・TSU・RI”, composed by out of service, with a character design made by Shidu, will be available on many music platforms starting from February 27th. In the meantime, the two sisters not only revealed the pricing of the track and its album, but also published a short clip of their dancing shot for the song on their TikTok account! You can check it out below!

Their single will feature the following tracks and will be available for purchase both as album or the single track.

We cannot wait to listen to this awesome song again, especially its full version! We can also expect an MV video version of it to be published soon, so stay tuned with us on VNN for any updates that may arise!