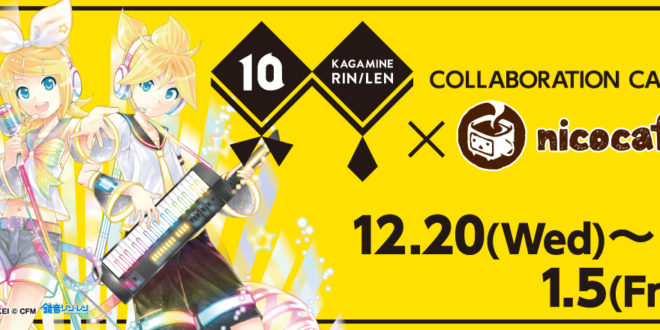 Back in August, there was a Nicocafe at NicoNico headquarters to celebrate Miku’s 10th anniversary where you could order Miku-themed food as well as get some merchandise. It seems that this event was a success, since they are back for round two! This time, they are celebrating the 10th anniversary of Kagamine Rin and Kagamine Len with plenty more in store for everyone!

During this period, the café will be decked out with all kinds of Kagamine Rin & Len inspired foods, drinks and goods. Visitors can get a free coaster for every dish from the collaboration menu that they order. Workshops and talk shows will also be held with Rin & Len’s voice provider, VOCALOID producers, and dancers as guests 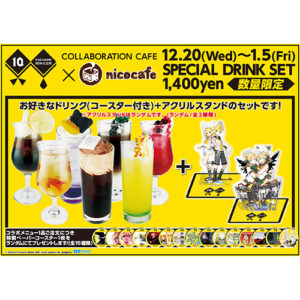 On December 27th, the cafe will also hold an Anniversary Event with Asami Shimoda, the voice provider for Kagamine Rin & Len as a guest. Some of the topics they’ll cover include behind-the-scenes-story regarding the development of Rin & Len, an overview of the music they’ve produced over the years, and also their latest news. Discussion sessions between Kagamine Rin & Len VOCALOID producers and a Special 10th Anniversary DJ Stage Show by emon(Tes.) will also be held.

A virtual singer lover with a dream of connecting the world of virtual singers together through VNN. Monds is also a huge rhythm game fan/player on his spare time.
@monds1234
Previous LUMi Store Sales and Duet Contest Have Begun!
Next Kagamine 10th Anniversary Celebration Updates!