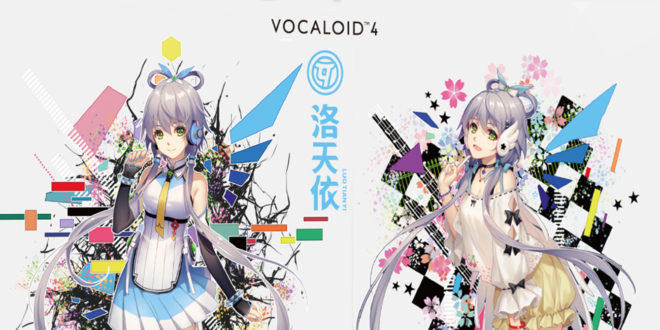 Fans have been hyped since Vsinger announced they were working on Luo Tianyi V4 back in 2016, and now we will finally get what we have been waiting for! A few days after the Vsinger Live, two images were uploaded on Luo Tianyi’s official Weibo, which drove the fandom into a celebration again — it was the box art for Luo Tianyi’s VOCALOID 4 Chinese and Japanese voice banks!

The new box art was done by TID, a famous artist in the VOCALOID fandom. As we can see, she no longer has her wide-bell sleeves, making her overall design simpler but with some extra futuristic schemes. Her V4 Japanese, however, has a more casual outfit. From her puffy sleeves to her khaki skirt, she looks like your girl next door (with more cuteness, of course).

On June 17th, at Vsinger’s Live, Luo Tianyi performed three songs: “Gokuraku Joudo,” “Floating Heart,” and “Sweet Dreamer” (featuring Aya Uchida), all three of them in Japanese! This brought not only a surprise but also a clear announcement to the audience that her Japanese voice bank project would now be revived with her V4 update!

In a previous article, we mentioned that Luo Tianyi V4 Chinese will come with at least two voice banks: Original & Power. But will her Japanese get more than one voice bank as well is what the fans are eager to know. Let’s hope Vsinger will release more information about Tianyi V4 soon!