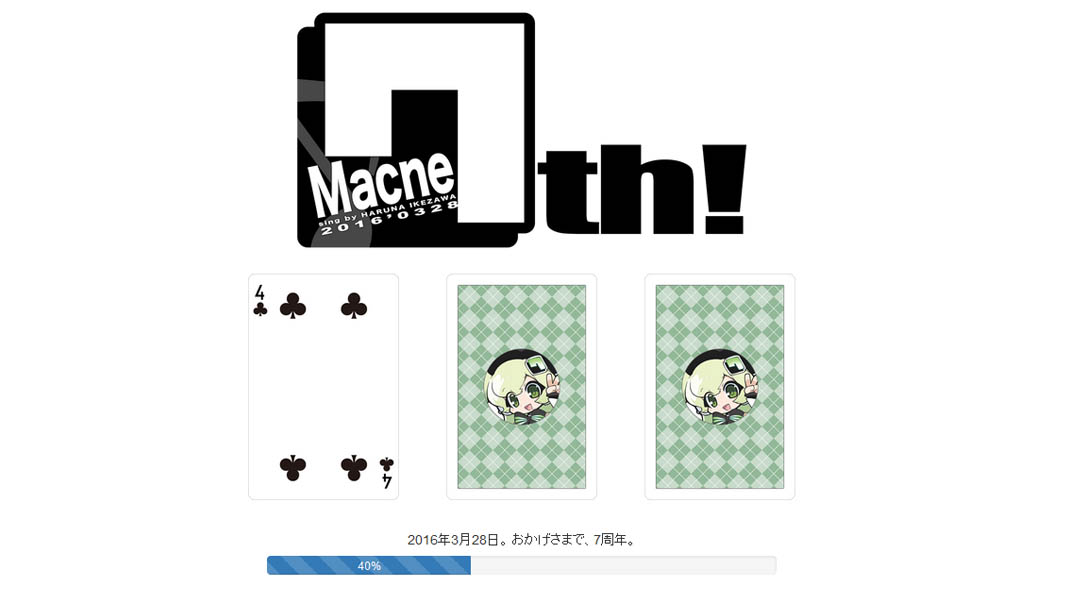 A Macne Nana teaser has taken over macne.net. At the moment, the page is “Loading” with cards being revealed at certain intervals. These cards are said to hint at something special. With the “4” card revealed, some fans are speculating a Macne Nana VOCALOID 4 update.

While Macne Nana has only been a VOCALOID for a little over a year (and her VOCALOID release date is in January), the company behind her first released Nana as a different vocal for Mac programs nearly seven years ago on March 28th, 2009. This year will mark her 7th birthday which, as Nana fans know, is a very special year for her. “7” is considered Macne Nana’s number, much like how Hatsune Miku has 39.

Will Nana receive a VOCALOID 4 upgrade? Will she have four voice banks? The number “4” leads to so many possibilities. We really do have to wait until the next card is revealed to narrow it down. But until then, it’s fun to speculate!

She's a huge VOCALOID fan, a figure collector, and an all around nerd. Hoshi's been in the VOCALOID fandom since 2008 and has been a hardcore VOCALOID fan since 2013.
@VocaHoshi
Previous Zero-G VOCALOID Sale!
Next Piapro Character Themed OMAKASE Box Item Revealed