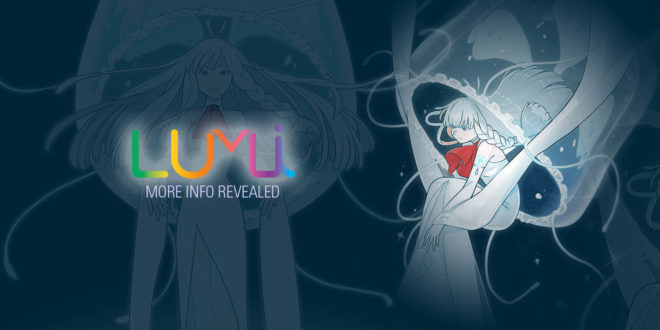 As our previous article revealed, LUMi has quite the backstory. With so much thought put into her backstory and design, she’s no simple character by any means. While the first interview explained her concept, the latest two interviews revealed more about LUMi and her voice.

The latest interviews revealed some very interesting information. Interview #2 was with Sayaka Ohara, LUMi’s voice provider, while Interview #3 was with Shuzo Baba of Yamaha’s VOCALOID development team. In addition, LUMi has an official backstory as well.

Sayaka Ohara, LUMi’s voice provider, feels that LUMi’s appearance can appeal to both genders. She sang in four different musical scales to do LUMi’s voice bank and actually did a lot more than originally planned!

According to Yoshizawa-san, they conducted three recording sessions. After the first one concluded, he heard people say, “We’ve surpassed the 100% mark, and have been able to put out 160% completion. But I believe that with Ohara-san, we can strive for 200% completion.” So he found himself thinking, “Let’s strive for that 200% then!” and thus they proceeded to hold an extraordinary three recording sessions.

According to Shuzo Baba of Yamaha’s VOCALOID development team: “In normal VOCALOID-recording cases, we’d be able to get the recording done right away once the voice provider shows up, since their natural speaking voice would serve as the voice material. However, LUMi was meant to be more than that; she’s meant to be a virtual artist, and we set up the starting line for her recording with the aim of creating a specific type of voice.”

Most interestingly, Baba wanted LUMi to be able to sing in any genre. While many VOCALOIDs are made with a certain genre in mind, LUMi is different. She was made to sing anything creators want her to. Overall, they wanted her to be a singing tool. This is just one more thing that makes her unique!

Baba sees LUMi’s voice bank as very versatile. He says her voice sounds organic and inorganic at the same time. In addition, she has a sense of being alive as well as not. This creates a type of co-existence in her. He feels that she can fit perfectly in both a love story-like drama with a great deal of humanity, as well as in a sci-fi world set in the future in outer space.

Thanks to all the optional phoneme recordings, LUMi can pronounce the full range of sounds in the Japanese language. She has both diphone and triphone phoneme capabilities. This is something that only LUMi’s voice bank can do, and greatly expands the range of what creators can make with her.

Hopes for the Future

Just like Yoshizawa, Ohara and Baba both have high hopes for LUMi as well.

“I think it’d be wonderful to watch LUMi singing for the opening ceremony of the Tokyo Olympics. If we can really pull something like that off, it would show the world how Japanese technology has made these wondrous musical tools exist in Japan and raise their worldwide appeal.
Furthermore, I’m looking forward to seeing different sides to LUMi as a purely musical tool and see what kinds of drama can develop between her and other characters. I’d like to see her featured in sound drama or an anime someday.
LUMi has limitless potential as a music tool, and I place my trust in the hands of creators and producers to realize that potential, so go ahead and make her sing however you’d like!” — Sayaka Ohara 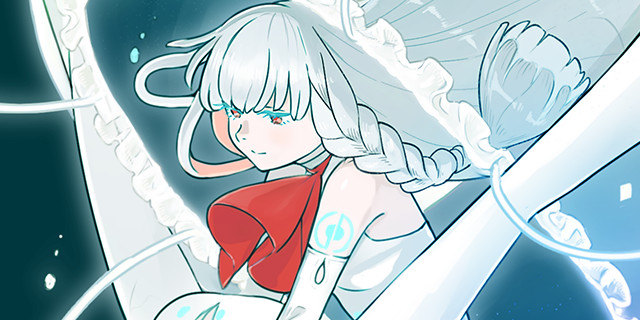 “I’d like to see her go beyond even her current established framework.
Compared to the past, there are now many VOCALOID songs that make their listeners go, ‘Is this really a VOCALOID!?’ or ‘They sound almost human!’ Such comments are a great source of encouragement for the development team, and we want to see LUMi surpass them all!
She’s a musical tool that can not only be used, but also loved. People’s attachment to her can be so much more than just an attachment towards a musical instrument; for people to grow ever more devoted to LUMi through everyday use and put out amazing songs using her, that would be my ideal. That’s the future that I hope for her.” — Shuzo Baba

While we knew quite a bit of LUMi’s backstory before, her about page reveals more information that builds on the previous.

“In order to become the goddess of ‘Shinkai,’ a world on the seabed of Kamakura, LUMi, a benikurage shrine maiden, has come to the human world. Attending Onari High School, she undergoes the trial of transforming 1,000 of humanity’s ‘seeds of anguish’ into ‘seeds of hope.’
“However, she is a fragile shrine maiden who would become unable to move her body if she were to take up too much of humanity’s anguish, causing the wound in her heart to ache. This wound in her heart came about from leaving Urashima Taro and Otohime, her past caretakers. Can LUMi overcome this trial and become a goddess…?”

For more information, be sure to check out these links!

She's a huge VOCALOID fan, a figure collector, and an all around nerd. Hoshi's been in the VOCALOID fandom since 2008 and has been a hardcore VOCALOID fan since 2013.
@VocaHoshi
Previous Live Stream for Vsinger’s Live Concert!
Next “Zunda Horizon” Kickstarter Includes English Subs Goal!