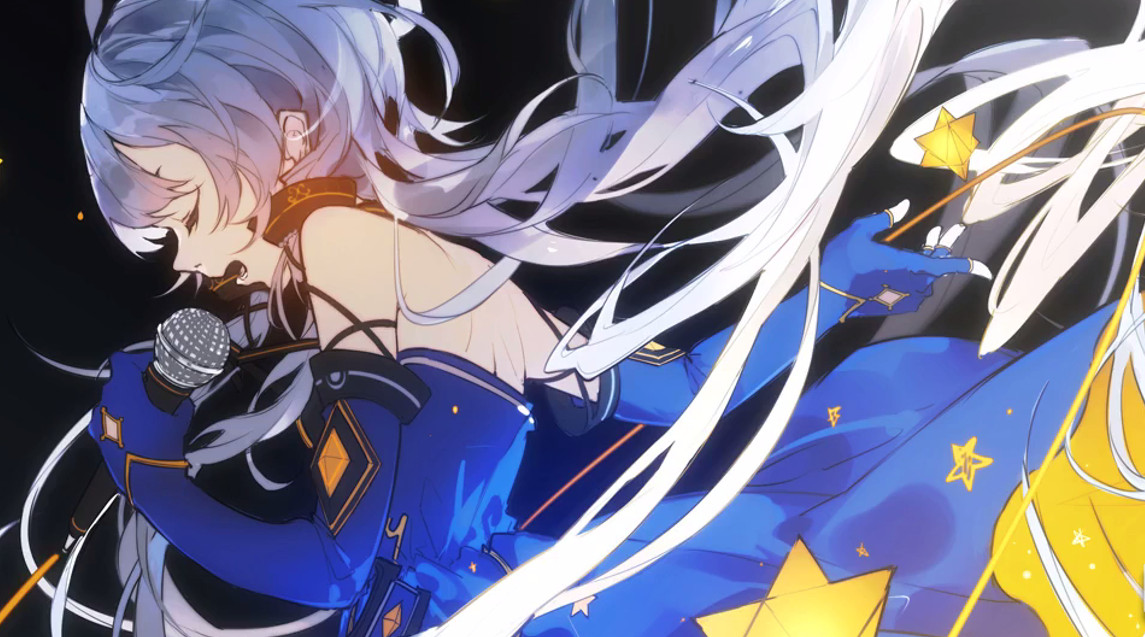 The second VOCALOID Stardust demo was recently released, this time using lyrics and tuning to showcase Stardust’s abilities. The song features both lower and higher notes to give fans a taste of her range.

The demo, titled “星愿” (Star Wish) is a collaboration between many people. kide90530 produced the music while 动动动动点P manipulated Stardust’s voice. Ddickky is credited as the lyricist and Nine as the illustrator. Quadimension also gives special thanks to 人形兎 and 战场原妖精.

The video description says that we can expect more demos in the future, so be sure to be on the look out for them! In addition, you can find information on Stardust’s first demo and her voice provider here, and information on how to purchase her voice bank and other Stardust goods here.

She's a huge VOCALOID fan, a figure collector, and an all around nerd. Hoshi's been in the VOCALOID fandom since 2008 and has been a hardcore VOCALOID fan since 2013.
@VocaHoshi
Previous Last Three Songs for First Fukase Album Announced
Next Hatsune Miku Spring 2016 ver. Happy Kuji (Lottery) Event Now Underway!