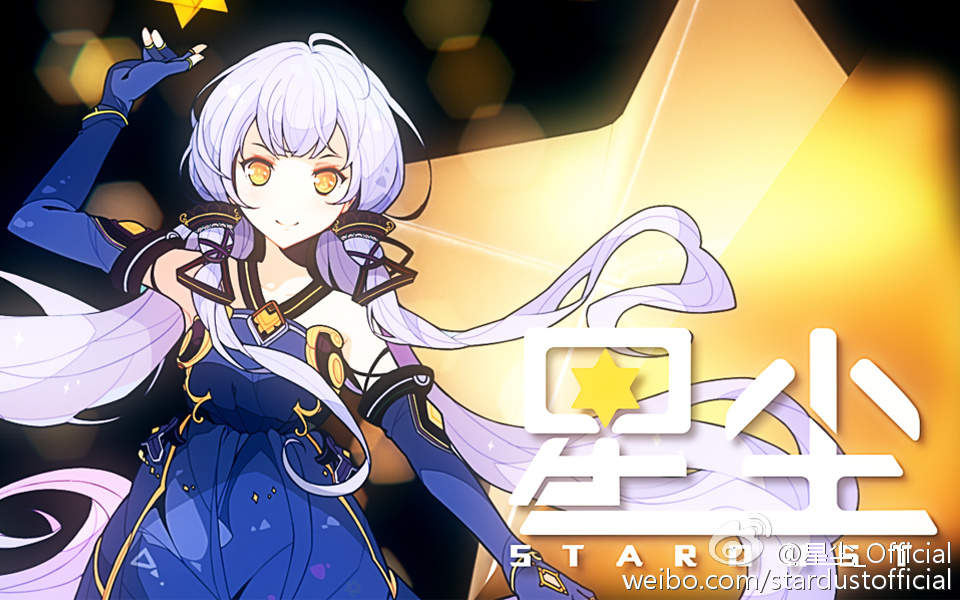 Quadimension uploaded Stardust’s first demo song recently as well as announced the opening of preorders for her voice bank, first album, and her art book. They also revealed her voice provider to be the famous Bilibili singer 茶理理 (Chalili).

The released demo song, “StarLaLaLa“, was produced by ZOMiG. The song itself does not contain any lyrics except “La”.  It may be that ZOMiG is paying tribute to his previous song, “Lalala.Refrain“, featured in Quadimension’s first album. “StarLaLaLa” does not have any tuning in order to showcase her voice and capability. However, Quadimension has promised that Stardust will have more demos in the future.

Her voice bank, album, and art book are also available for purchase at the moment. For more information on those, please see our previous article.

The VOCALOID 4 Editor is also available at Quadimension’s Taobao store.

Chalili is a famous online singer and is active on various sites including 5sing, Bilibili, NicoNico, and even YouTube. She is well-known for her sweet, refreshing voice and also her wide vocal range. Chalili is also capable of speaking in both Japanese and English, so Stardust can easily become a bilingual voice bank if Quadimension attempts to do so.

You can find Chalili’s singing by following these links: