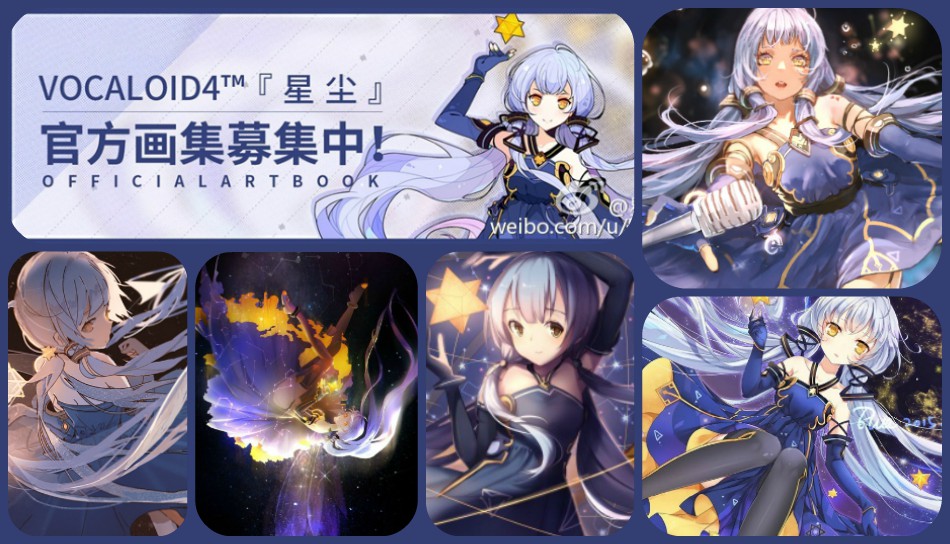 The winners will receive a golden Stardust strap as a prize, and the runners-up in China will receive the silver strap. The strap is engraved with “星尘降临日” for the event itself. Therefore, if they choose to sell these at a later time, they will not have the logo engraved. For runners-up outside of China, the prize will either be a digital version of the art book or a digital version of Stardust’s official album due to the cost of shipping.

They are currently asking fans for ideas for Stardust’s album and art book name on their Weibo.

Update: A 6th illustration has been added to the list of winners.

There will be more contests for Stardust in the future, so stay tuned! For users who do not have a Weibo, you can also follow them on their official Twitter. It appears they will be posting information in English.