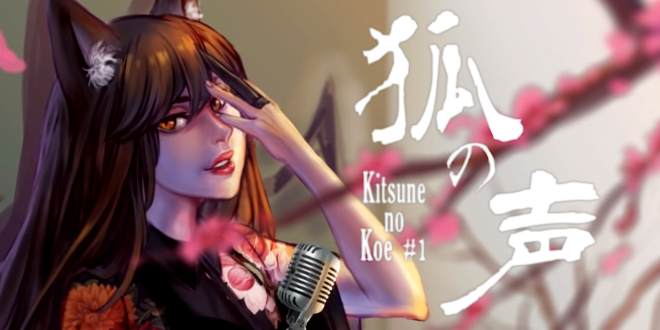 TBK Launches a Crowdfunding Campaign For the Album “Kitsune no Koe #1”!

If there is something we always love to support, it’s various artist creations, and when TBK launched her own crowdfunding campaign for a whole new album that is filled with awesome VOCALOID covers. we couldn’t help but be excited for it!

After the success of her first album “Polymorphose“, TBK makes a comeback with a new album titled “Kitsune no Koe #1” and it is illustrated by the talented illustrator Daria for Japan Expo 2019. it features six different tracks performed by some of our favorite virtual singers, this album is scheduled to release in July of this same year and needs your help to become a reality!

Showing off a short but memorable tracklist, this album features not only very popular vocaloid songs, but also some french gems originally sang by VoxWave’s very own virtual singer ALYS, an enchanting singing character that TBK helped giving life! Let’s have a look at the songs together!

Having such an amazing tracklist, we couldn’t help but support this project after all!

Of curse we are going to choose between a variety of tiers and their own included rewards! We will see pins, t-shirts and postcards featuring Daria’s artwork alongside a special double-sided keychain illustrated by Annabel.

With so many awesome goods, donating for the project should be indeed perfect for any TBK fan! Her original character is also exceptionally cute after all, isn’t it? If you are interested, take a look at the reward tiers below! 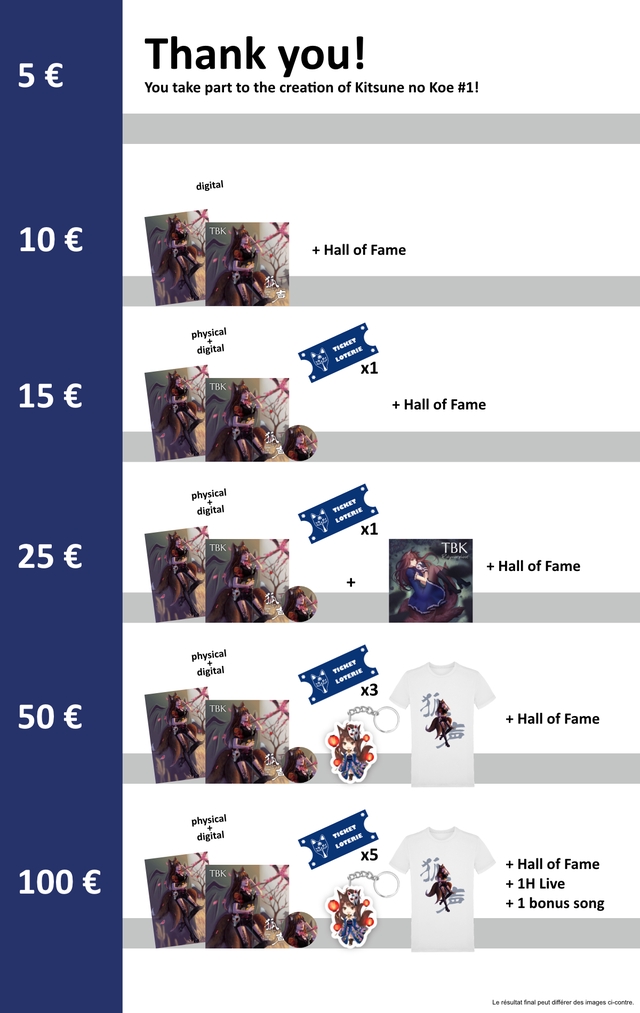 Note: The lottery ticket gives you a chance to win a 70x50cm forex frame of Kitsune no Koe #1 illustration.

This crowdfunding campaign is being held via Ulule’s platform and has currently reached its main goal of €1800, however, there are still plenty of prizes and stretch goals we can still reach! Let’s have a look at them together! 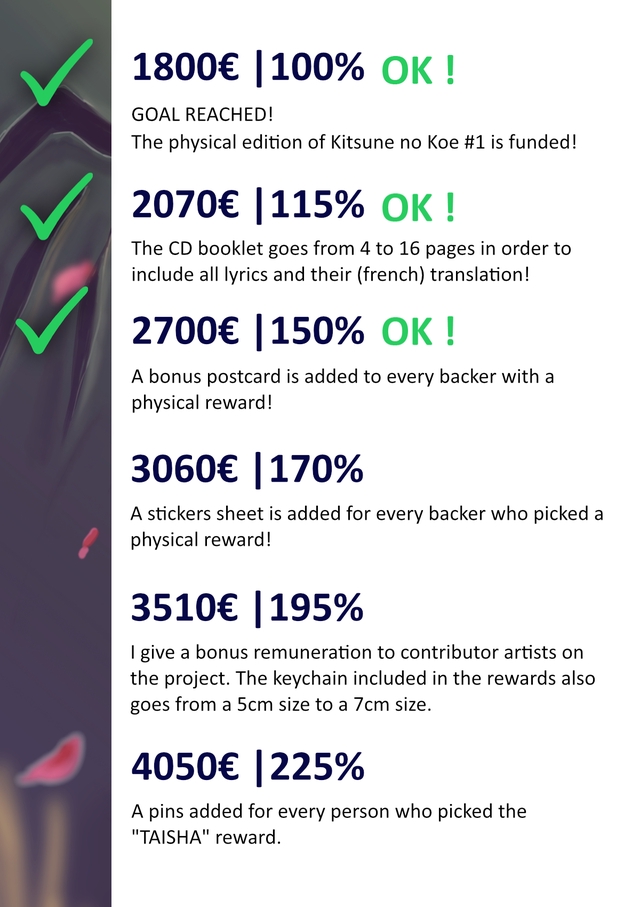 At the time of this writing, the project has reached €2711, reaching its third stretch goal, but there is still a lot more we can get from it so we should definitely keep supporting it and donating!

Did we spark your interest in the project perhaps? Then you should totally consider donating for the cause, so that the artist can make it into reality!
You can do it through Ulule’s crowdfunding campaign page clicking here!

We will keep an eye on TBK’s future project as well as this very one, looking forward to even more amazing covers from this talented singer!

In the meanwhile, don’t forget to stay tuned with us on VNN for any news about your favorite Virtual Singers!