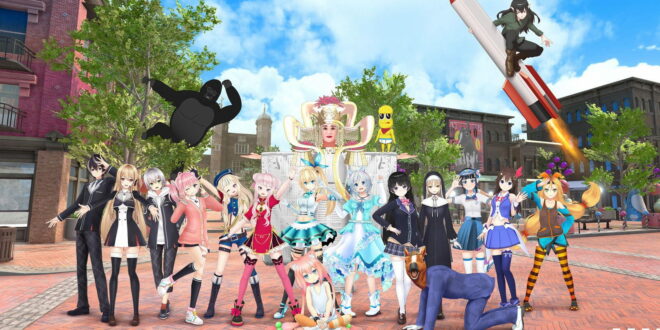 A new anime featuring some well known Virtual YouTubers is set to make its debut on January 9th, 2019 on Tokyo MX. The anime will be titled Virtual-San wa Miteiru (Virtualsan Looking), it will be sponsored by Dwango Animation and produced by Lide Inc.

The anime will feature Virtual YouTubers such as  Dennō Shōjo Siro, Tsukino Mito, Tanake Hime, Suzuki Hina, Nekomiya Hinata and Mirai Akari. The group will form a unit called “Virtual Real” through a 12 episode series at 24 minutes each. The OP song is composed by Nakata Yasutaka, the first 6 episodes will be performed by Kizuna AI and the the final 6 will be performed by the group “Virtual Real”.

A virtual singer lover with a dream of connecting the world of virtual singers together through VNN. Monds is also a huge rhythm game fan/player on his spare time.
@monds1234
Previous VNN and Virtual YouTubers?
Next INVAXION Now Available on Steam